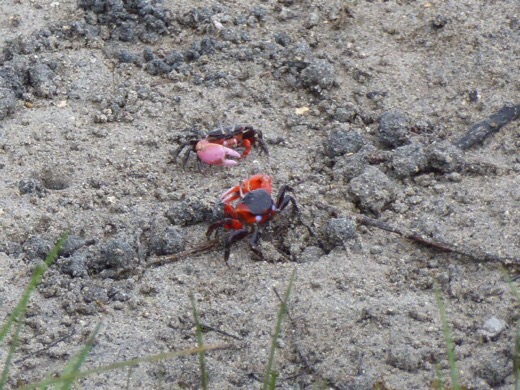 Tomorrow’s the big day when John comes in from LA to join us for the rest of the trip.  We made it to the liquor store today to get him some scotch. I’m hoping he will share a little bit with me.

Since we were out and about, I took several photos of the island to give you a better idea of the terrain. The interior mountains are very rugged and jagged looking. We are looking at taking a jeep tour of the interior and visiting some of the little villages. 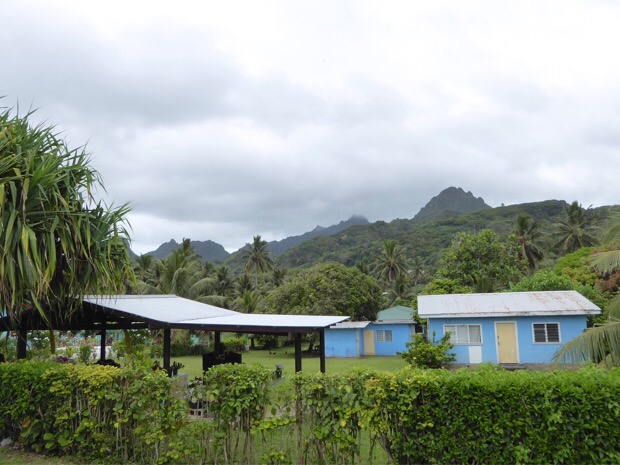 Lots of churches on the island, some I’ve never heard of before. Traveling in the South Pacific is the first time I’ve really experienced the missionary spread throughout the this part of the world. They are still here and still proselytizing.

Just a quick trip into town today to pick up a few things on our list.  Got most everything, including a new dress, because it’s just too hot and humid for pants and Tee shirts to be very comfortable.  So, now I have 3 dresses that should get me through. 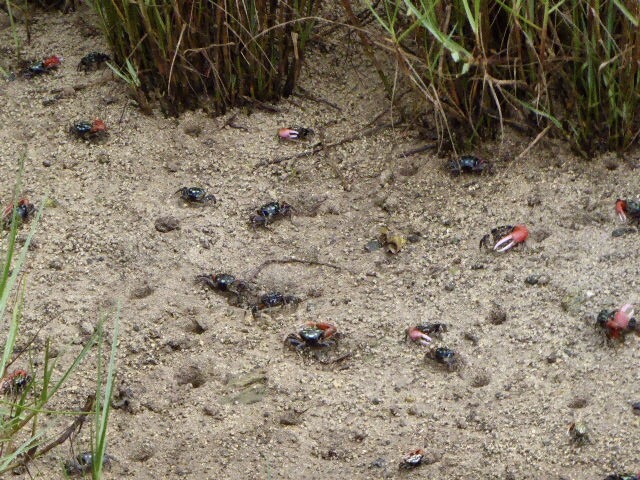 Also the tide was out when we got home, so Pete had to go wading, meanwhile I was admiring the literally hundreds, if not thousands of little crabs (about 1″) that that were out of their holes facing off, fighting and generally enjoying their time out of water.  The two in the featured photo were especially feisty. 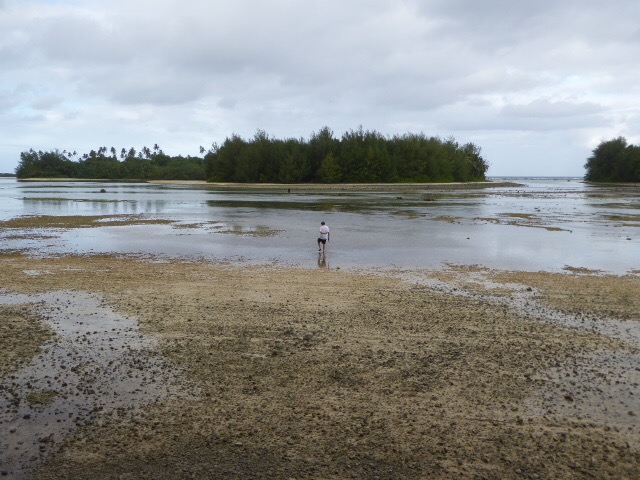 This is our bungalow chicken, like Hawaii they are all over the island.  She has one surviving chick and they have made Aroko Bungalows their home.