January 15, 2018
We crossed the International Date Line flying to Guam from Oahu, leaving Honolulu at 3:10 pm, January 13th and arriving in Guam at 6:30 pm, January 14th on an 8 hour flight.  We are doing pretty well with the Jet lag considering the strange time change.

Alison rented a car today, she drove with Nancy and I navigating around the south end of Guam.  We went to see the Latte Park structures, the Spanish fort and the Inarajan natural pools.  Pete opted to go swimming and walking, so it was a girl’s road trip.

Our first stop was Latte Park, which features 8 ancient stone (latte) pillars from approximately 500 AD.  The pillars were found by Europeans when Magellan arrived in Guam, March 6, 1521.  Most of  Mepo Village, the pillar’s original site, was destroyed by the military during contstruction after WWII, 8 still survive and were moved for preservation by the military.  It is not known how these megalithic pillars were used.  The top rounded part of the structures were shaped from Brain Coral.  The shape of these structures is found throughout the island in planters, highway monuments, barriers and more.

Struggling with our lack of sleep, it was time to stop at a local coffee shop for drinks, snacks and amusement.  The little shop has some of the best coffee I’ve had and very interesting decor. 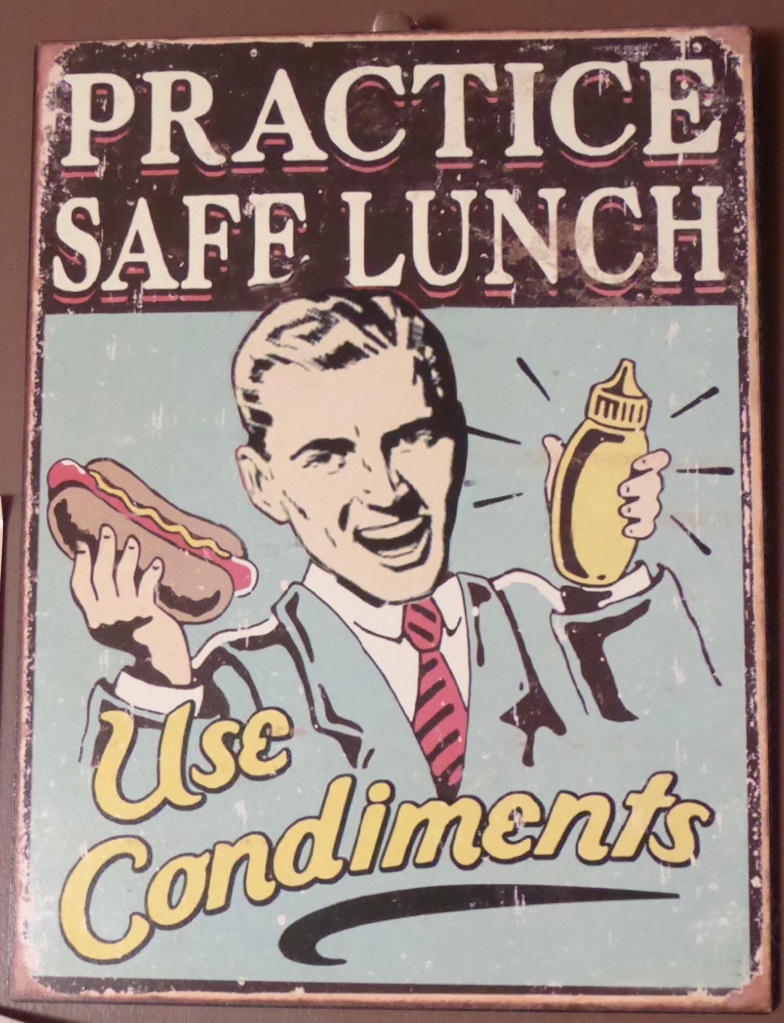 We were off down the road for about 17 miles to Fort Nuestra Señora de la Soledad (featured photo). The adjoining Umatac bay was an important supply station for Spanish ships plying the Pacific to the Philippines in the last half of the 18th century.  The fort was built to protect the ships while being re-supplied.

*The fort was abandoned in1815, as Spain could no longer afford it after the decline of the galleon trade following the Mexican revolution.  Fortune hunters dismantled much of the fort flooring in search of a rumored buried fortune.  After the Second World War souvenir hunters continued the pillage until the government of Guam stepped in to preserve what was left of the site. 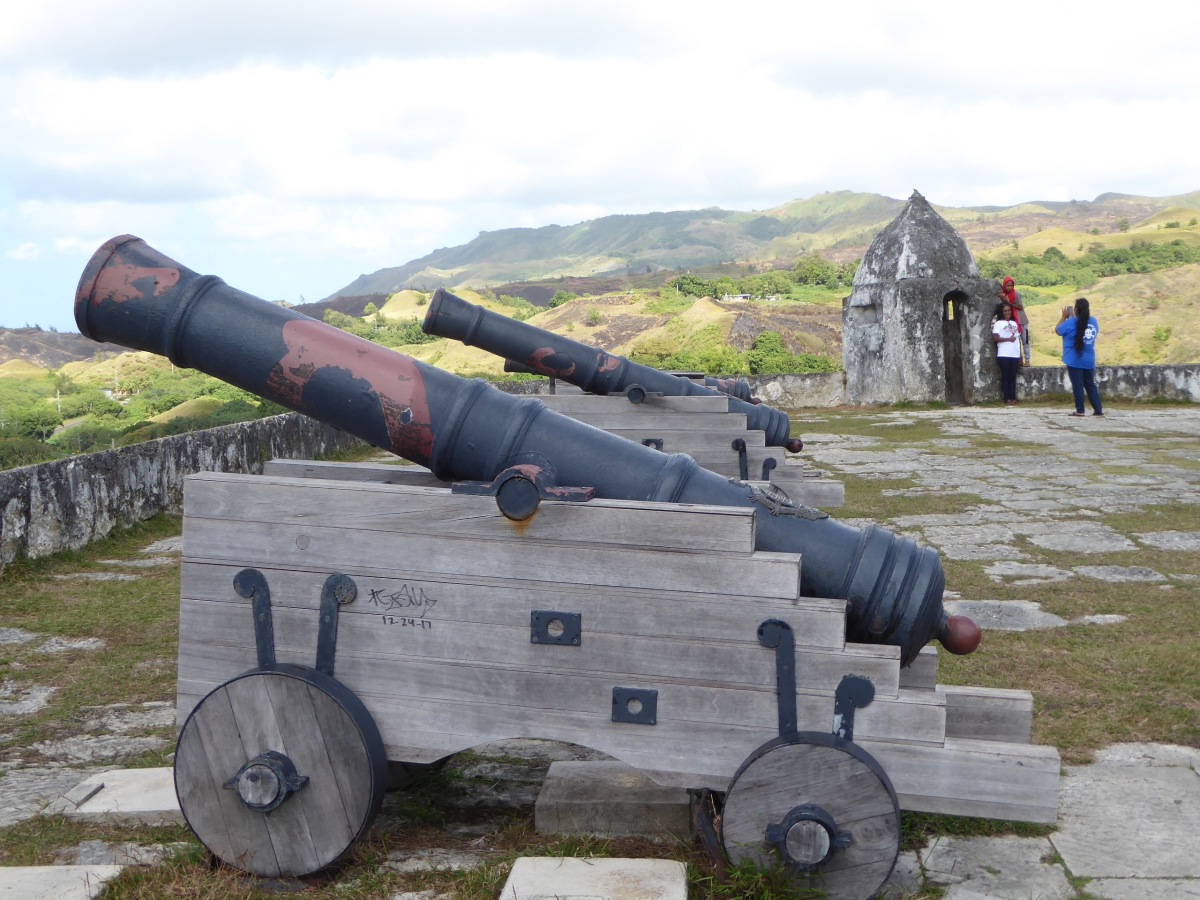 We crossed a very fanciful and interesting bridge at the head of the bay on our way to the fort.

Last on our journey were the Inarajan natural pools. This was probably one of the most beautiful scenic areas we saw on our drive. 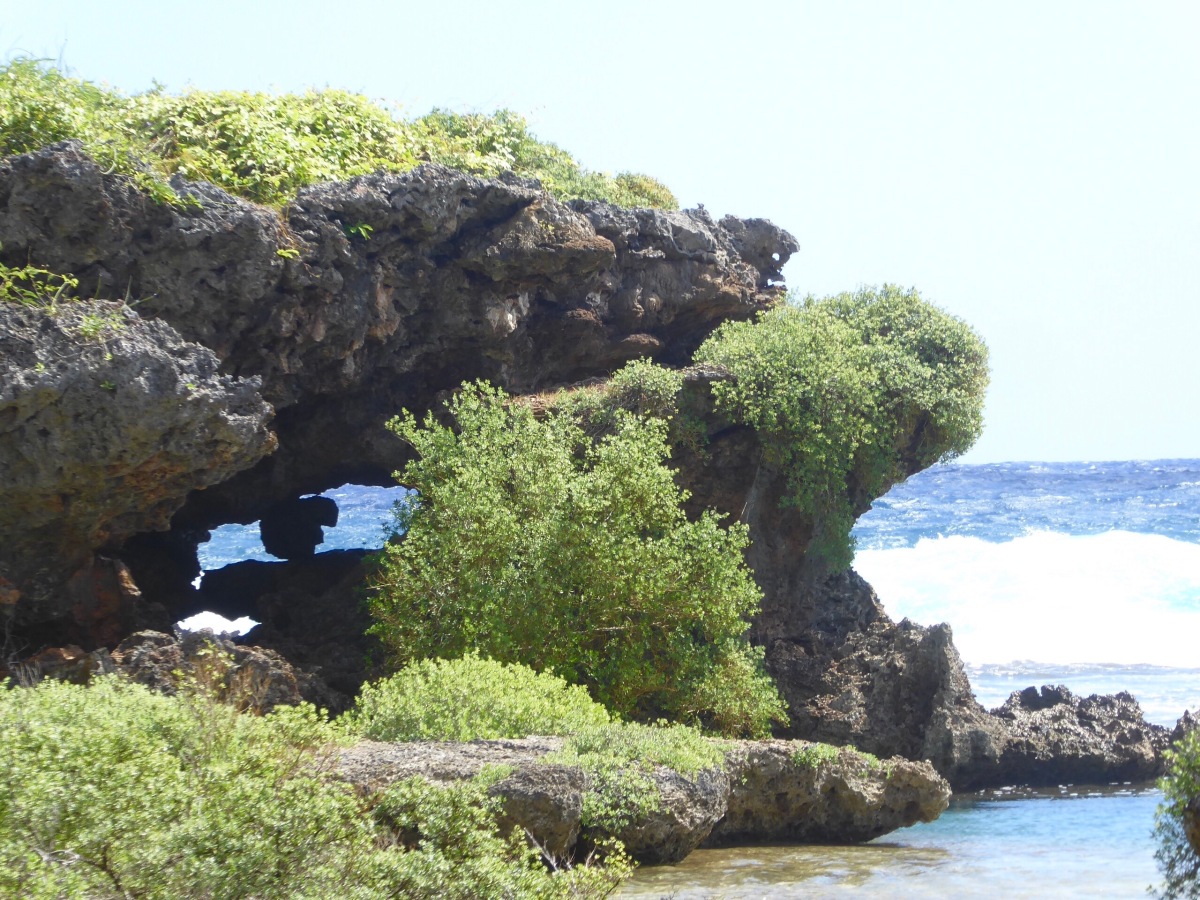