Suzanne and I thought it would be a good idea to reconnoiter the train station and auto drop in Dijon. We have to leave the car and catch a train on Saturday with not much time to spare. Unfortunately our clarity on which train station was the correct one was somewhat lacking. We had the pleasure of a circuitous trip through the center of Dijon to the right station. The good news was that the auto drop is right in the station, very clearly marked. Part of the reason we decided to do this today is that Dijon is fairly close to our target destination, Châteauneuf-en-Auxois, touted as one of the most beautiful villages in France.

Once she got us out of the city, Babette was bent on a scenic drive on the back roads. This is some of the best weather we’ve had and it was a perfect day for a drive through beautiful countryside. 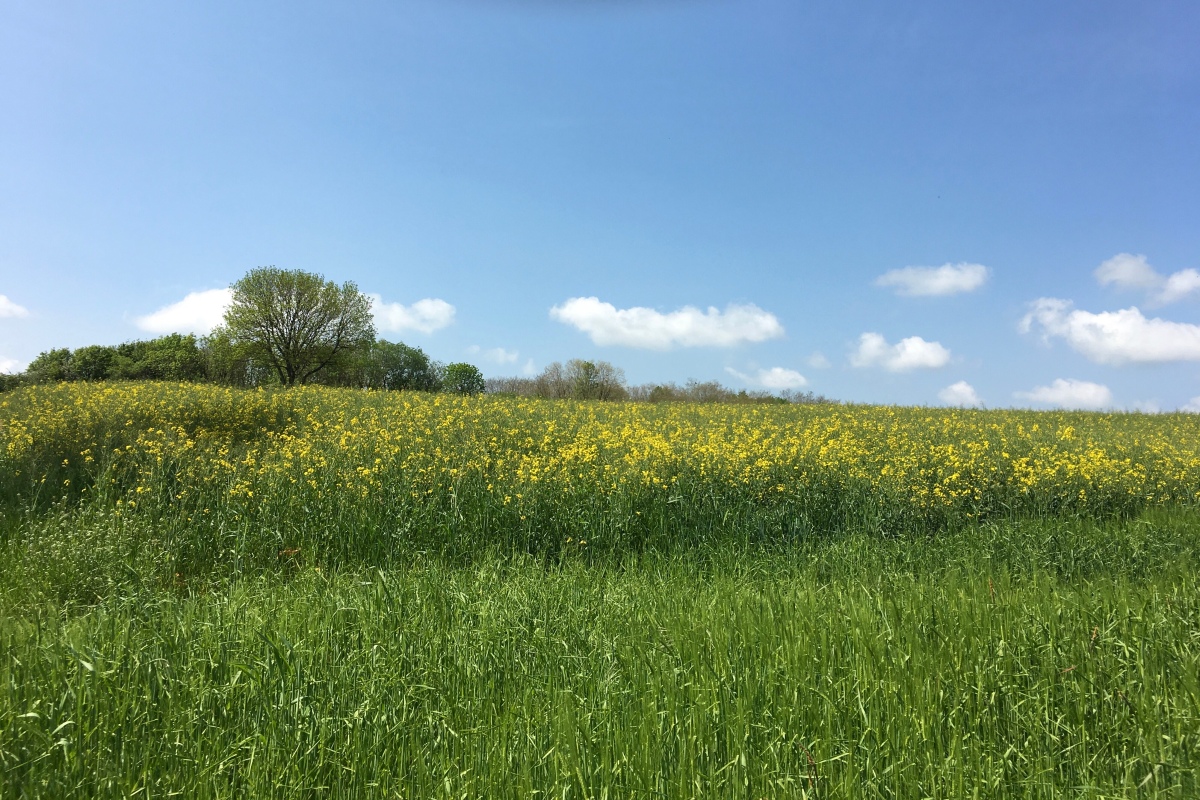 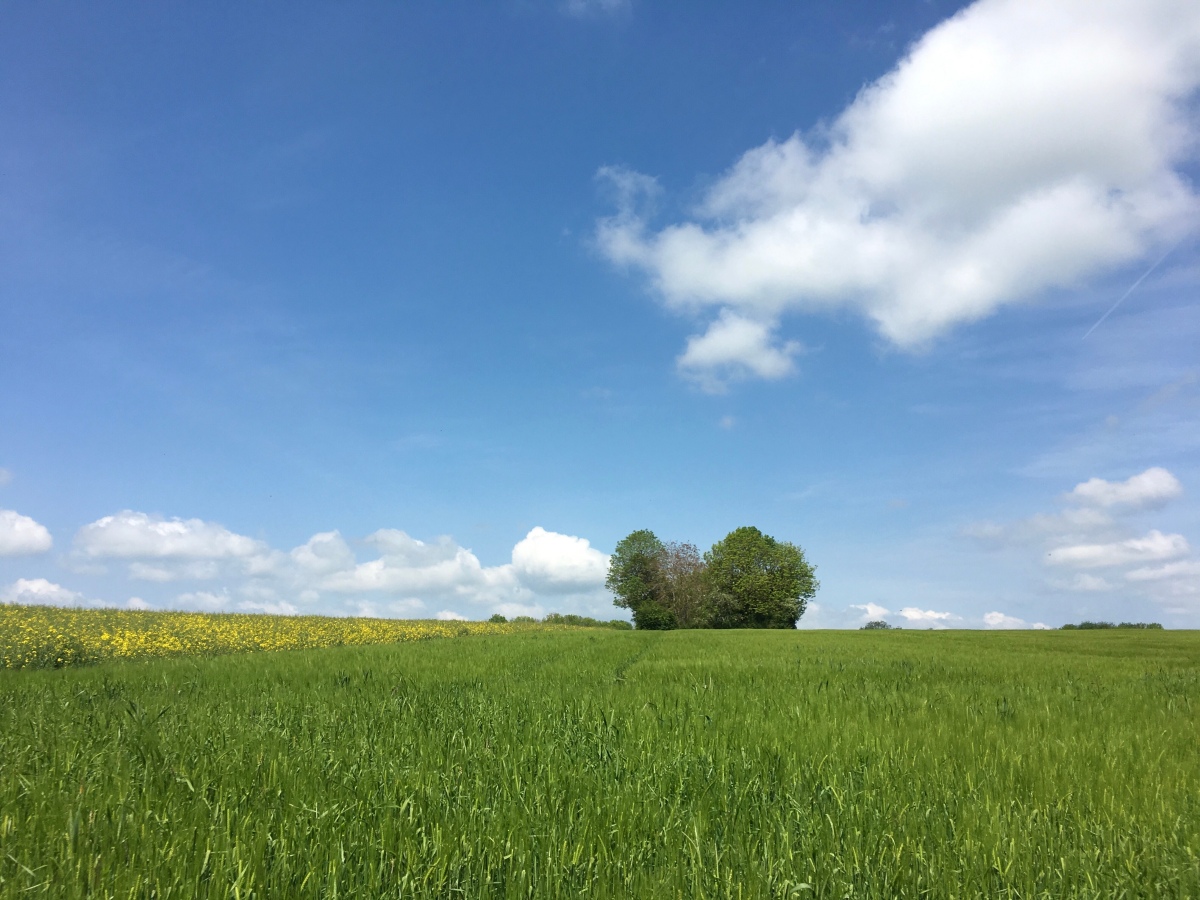 We had our windows down to let in the fresh warm air, the birds were singing and there was no one in sight…..Idyllic!

The village lived up to it’s reputation with history, charm and character. The Château de Châteauneuf was very interesting and has fantastic views of the valley. 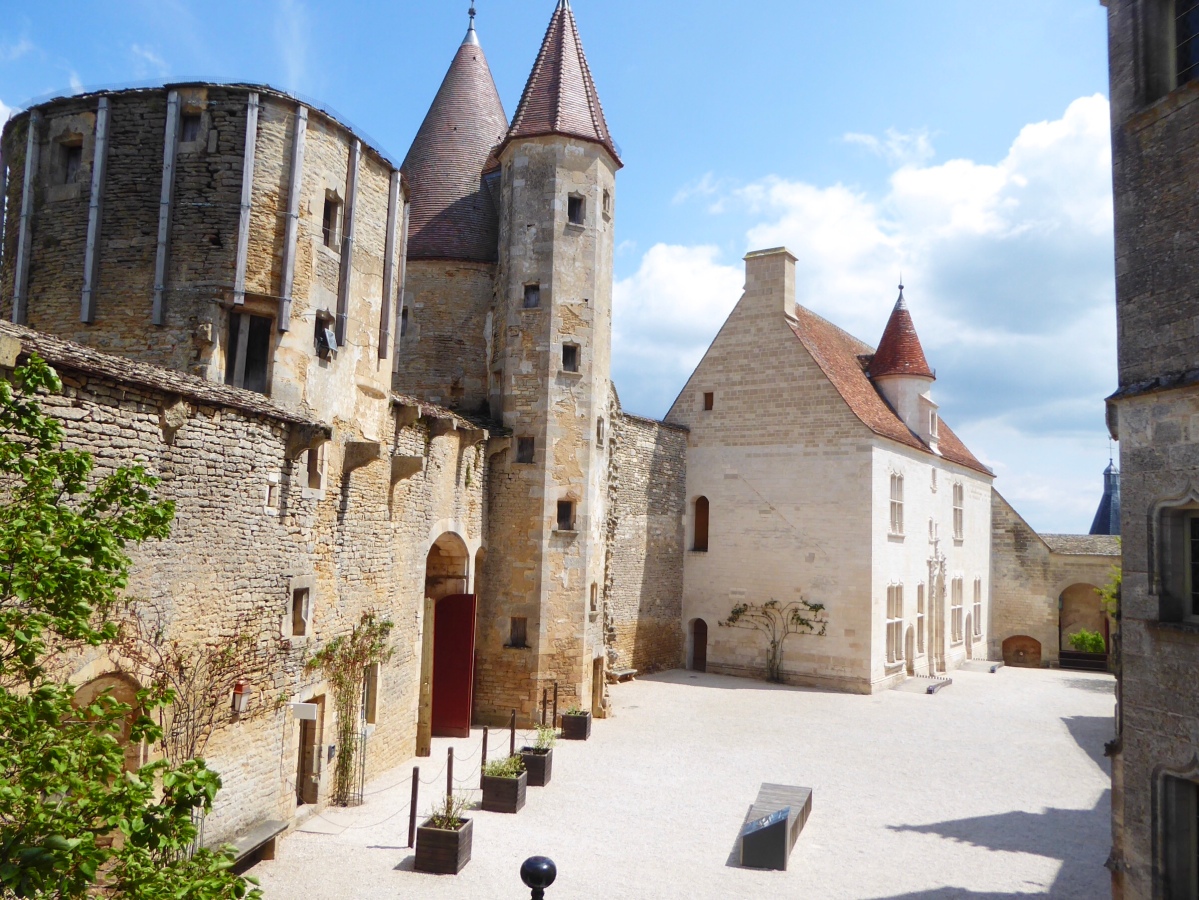 The main gate to the château is on the left with one of the defensive towers just to the gates right. There originally was a mote that is now planted with grass.

The Château is a fortress situated on a rocky outcrop 475 meters above the surrounding plain*. The Castle was built in 1132 by Jean de Chaudenay for his son Jehan. The son took possession in 1175 and became Jean I de Châteauneuf. Facing the threat of the Hundred Year’s War, the lords of Châteauneuf then built the fortifications. After nine generations in the castle, the reign of the Châteauneufs ended when in 1456 the last heiress, Catherine de Châteauneuf, was burnt alive for poisoning her second husband, Jacques d’Haussonville. The castle has passed through several families and additions since and was eventually donated to Burgundy. All of the crests and royal symbols were destroyed during the French Revolution. 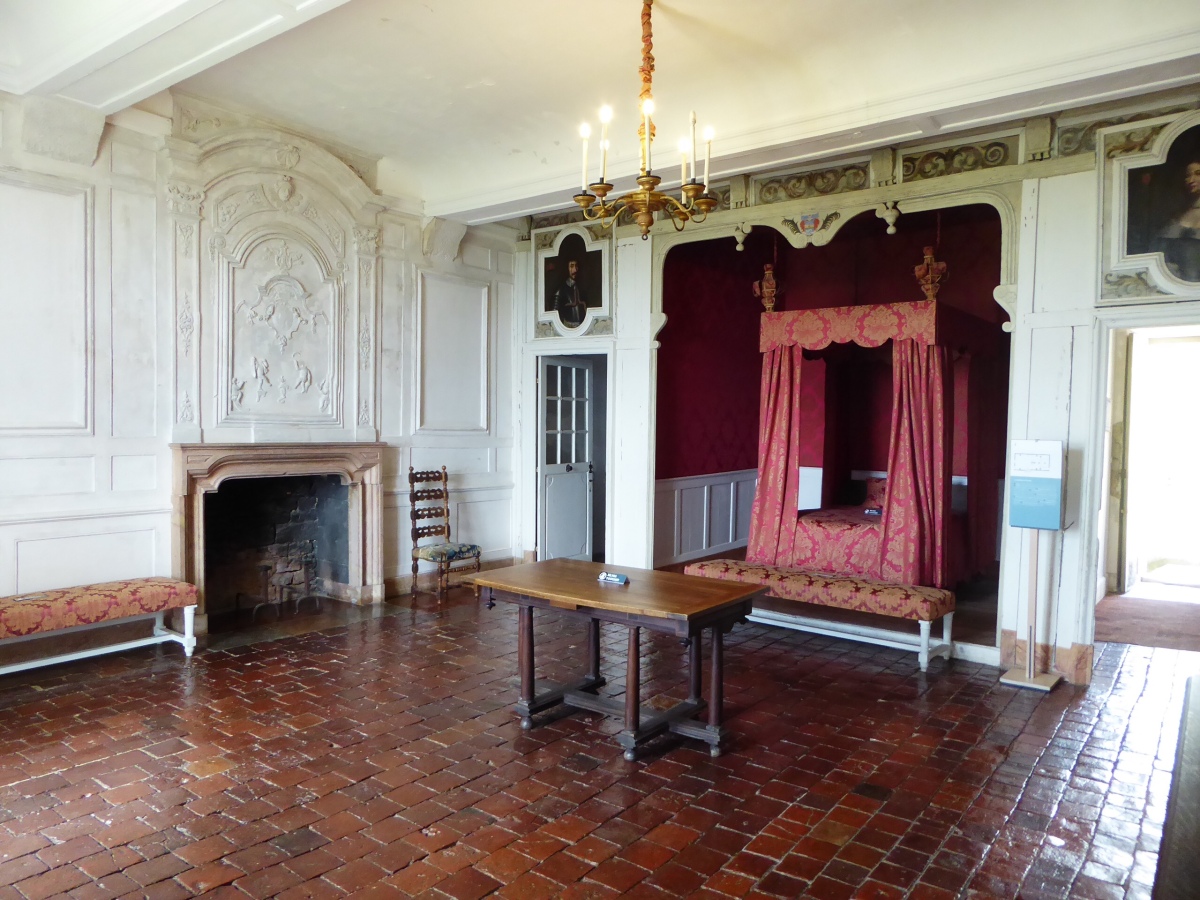 After viewing the castle we took a walk around the village. There were several little restaurants in the village and we had a wonderful lunch sitting in the sun first thing. We were starved after driving in circles around Dijon for an hour. 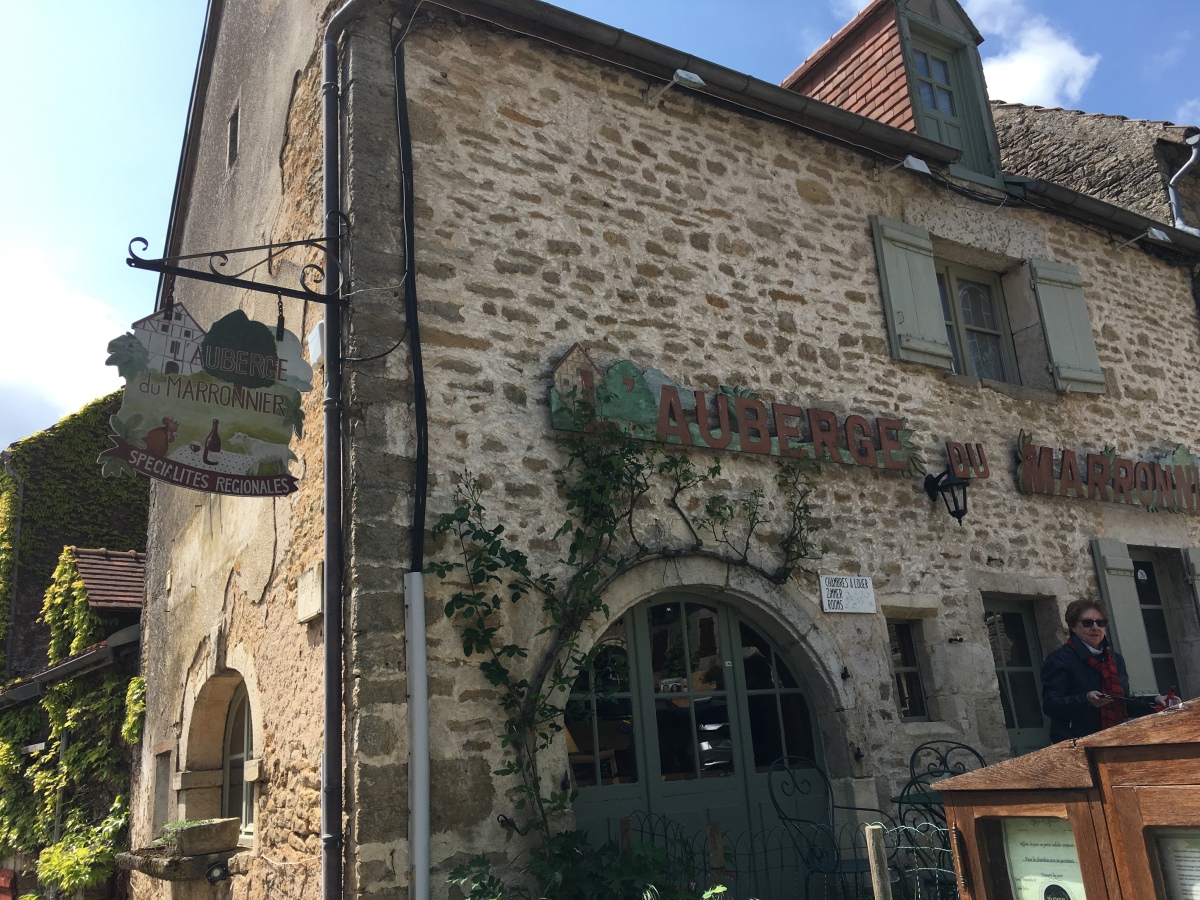 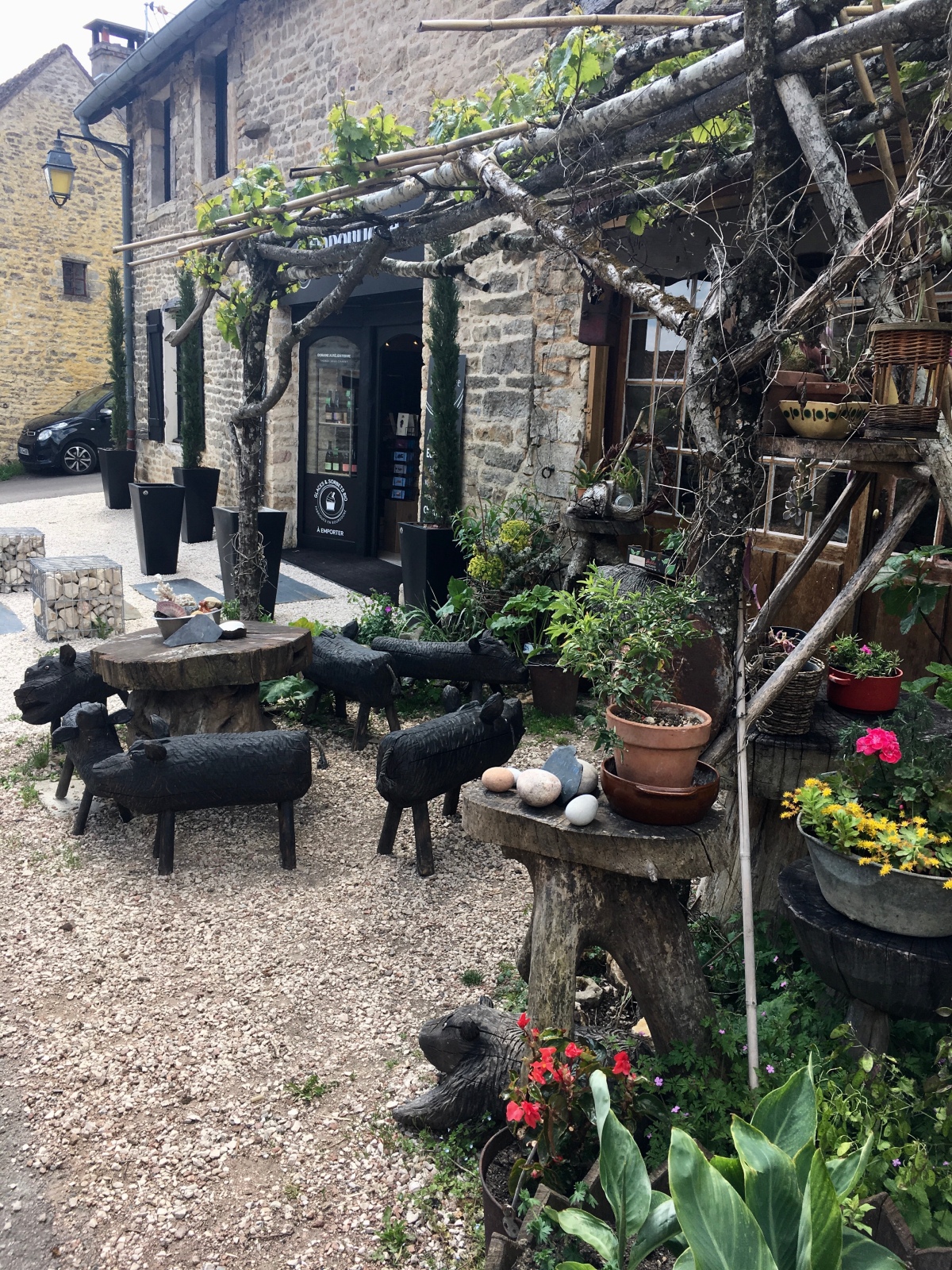 A herd of home made pigs outside this little garden shop. 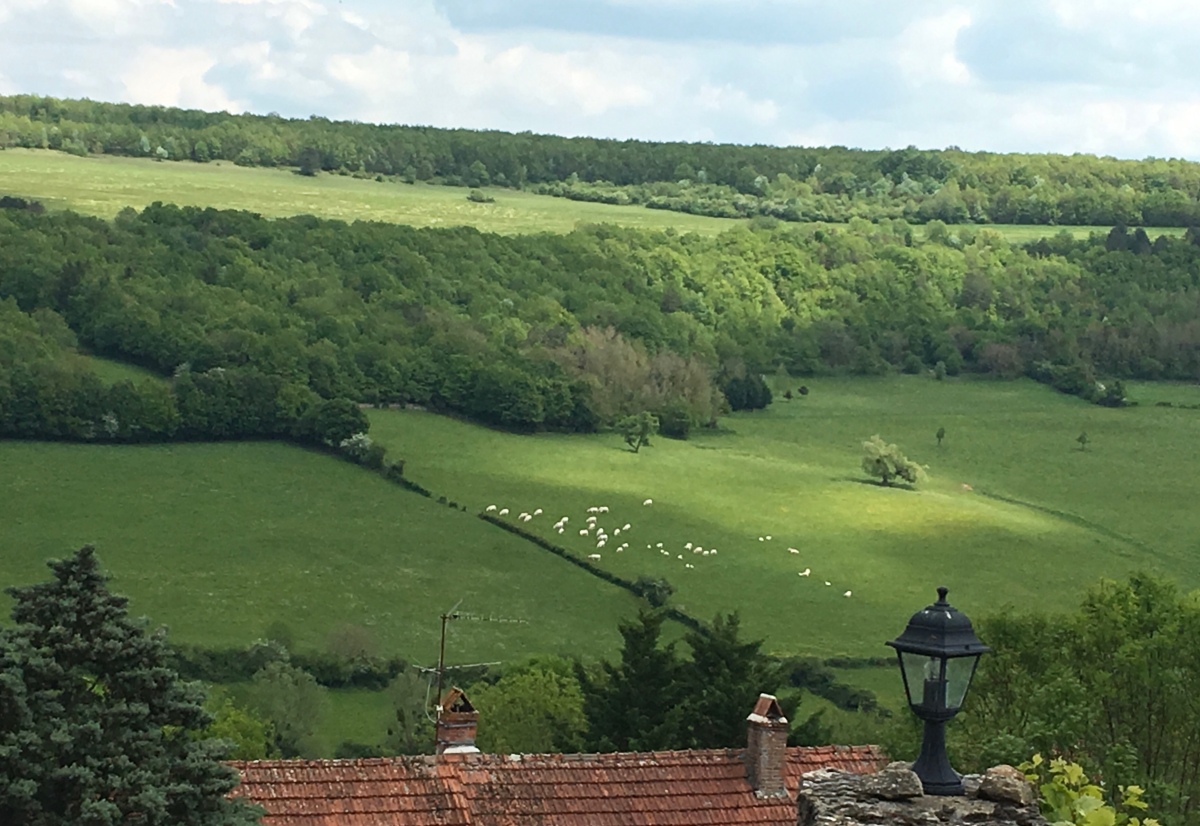 The larger white spots are cattle and the smaller ones are sheep.

On our walk about the village we ran into an older gentleman who appeared to be putting out his garbage. He started talking to us and quickly discerned that we are English speaking, so he said, “How do you do?” And we said, “Very well thank you. How do you do?” He said, “Good” and that was pretty much the end of the conversation. He had exhausted his English and our French is a handful of words and phrases. It is frustrating to be able to converse so little sometimes, especially with such kind and friendly people. 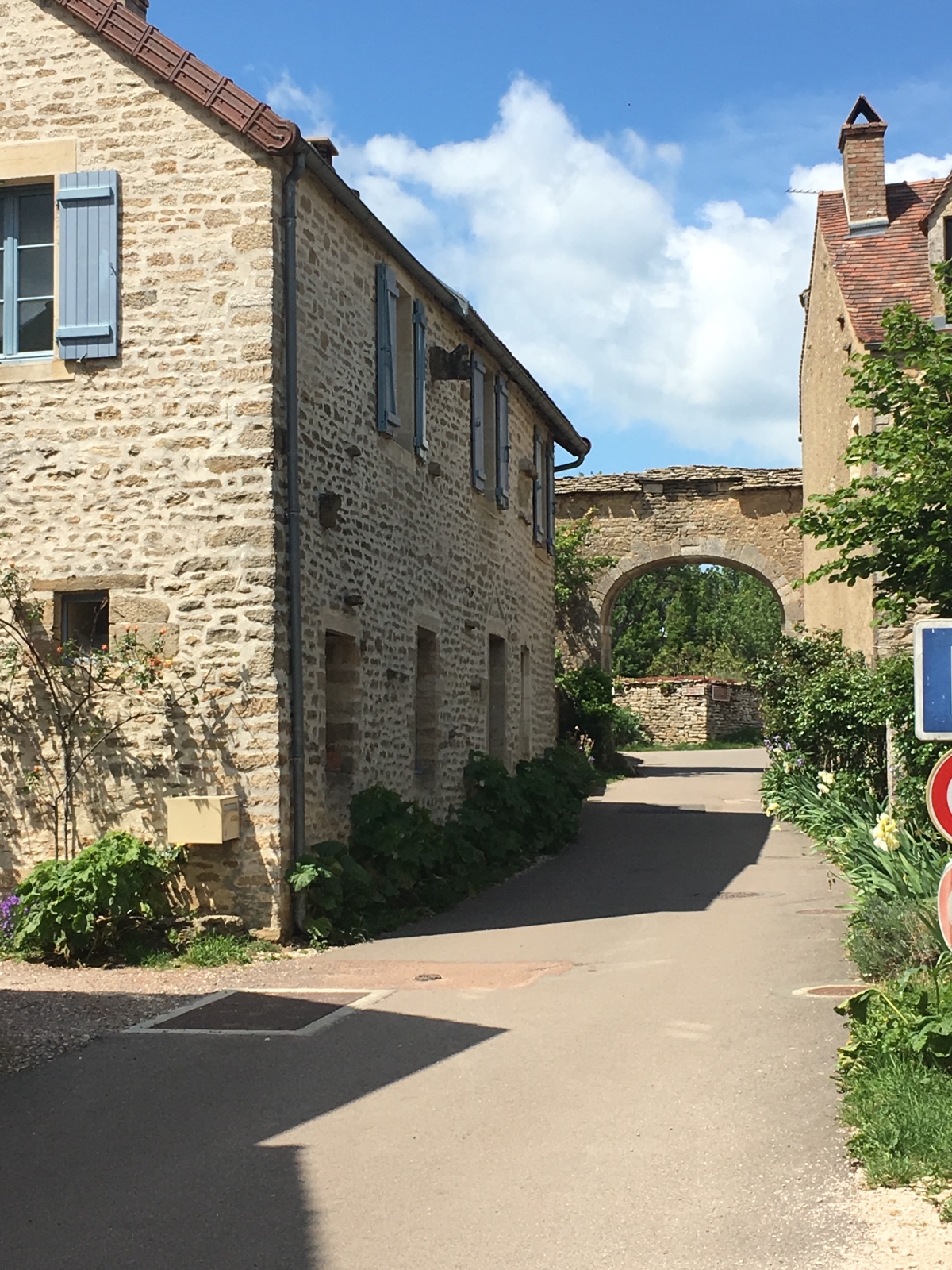 After our circuit of the village we headed home to Meursault with Babette taking us on country roads the entire route. We passed through at least four little villages on our way. Once back we walked up to the grocery store for provisions to eat in tonight. Then we walked to the bakery and bought two individual quiches, mushroom and spinach to share with our vegetable soup.

Au revoir….on to the next adventure tomorrow.

3 thoughts on “A Reconnoiter, Then to Châteauneuf-en-Auxois”