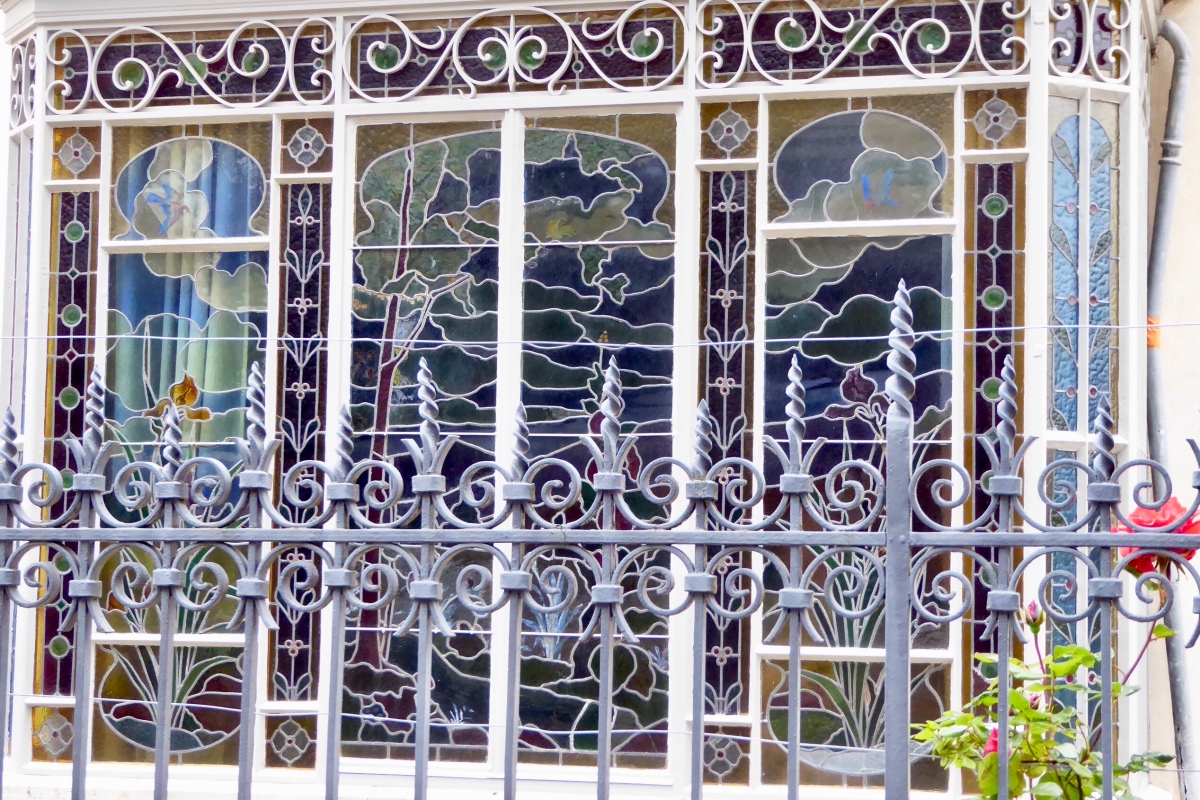 After yesterday we were very tired and in need of clean clothes. Never left the village and hardly left the house. We did laundry, I drank endless cups of tea and read my book. 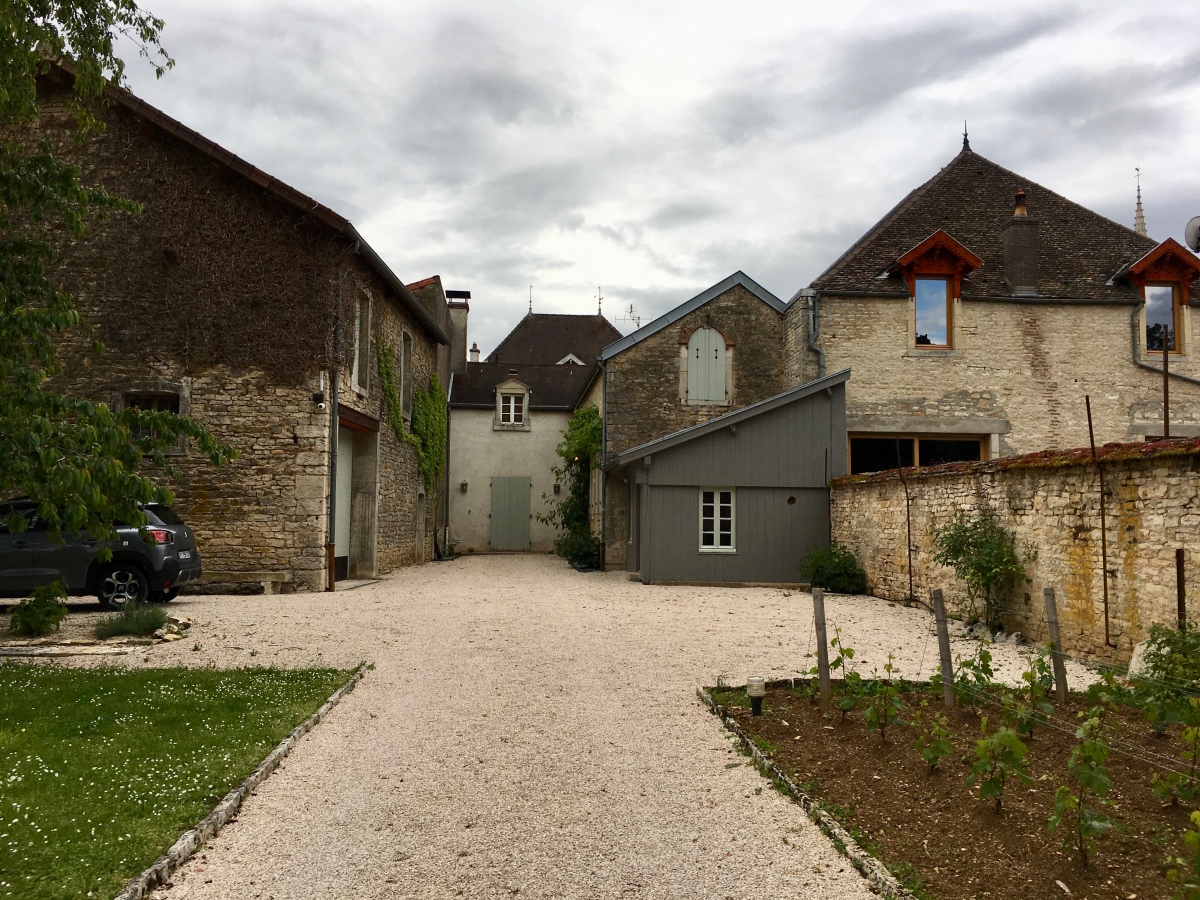 Our car is parked to the left next to what we think is another house, but nobody is there. My bedroom is over the little gray shed in the front right and our fireplace room is behind the gray door in the middle. The adjoining attached house to the right is a separate residence and we have a courtyard behind the fireplace room that is overlooked by a glassed in artist’s atelier.

The house dates back to the 18th century and is called, La Madison Des E’toiles. It was given this name because of the amazing view of the stars from the courtyard on a clear night. The house previously belonged to a wine maker that used the barn to crush and ferment his grapes. After the wine was barreled it was stored in a cellar beneath the house. There are little limestone paths in the garden where the winery workers were required to walk. They weren’t allowed to walk on the grass or in the gardens.These paths are the only ones left from that time in the village. 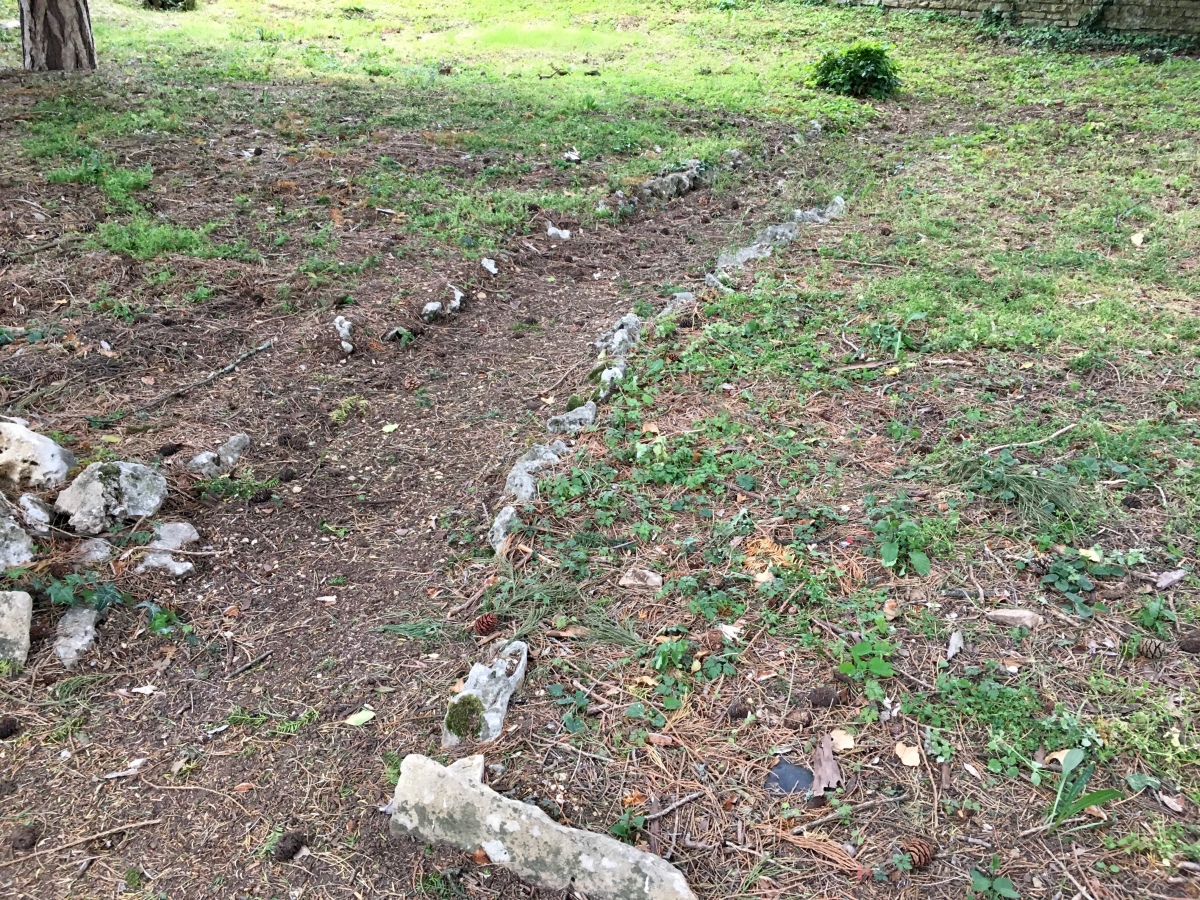 After the winery closed the house was left to a local businessman, who gave it to his two children. A bitter feud broke out between the children resulting in the house being divided in two, with this portion the larger part with the garden. The other part of the house and original front facade faces the street behind us. 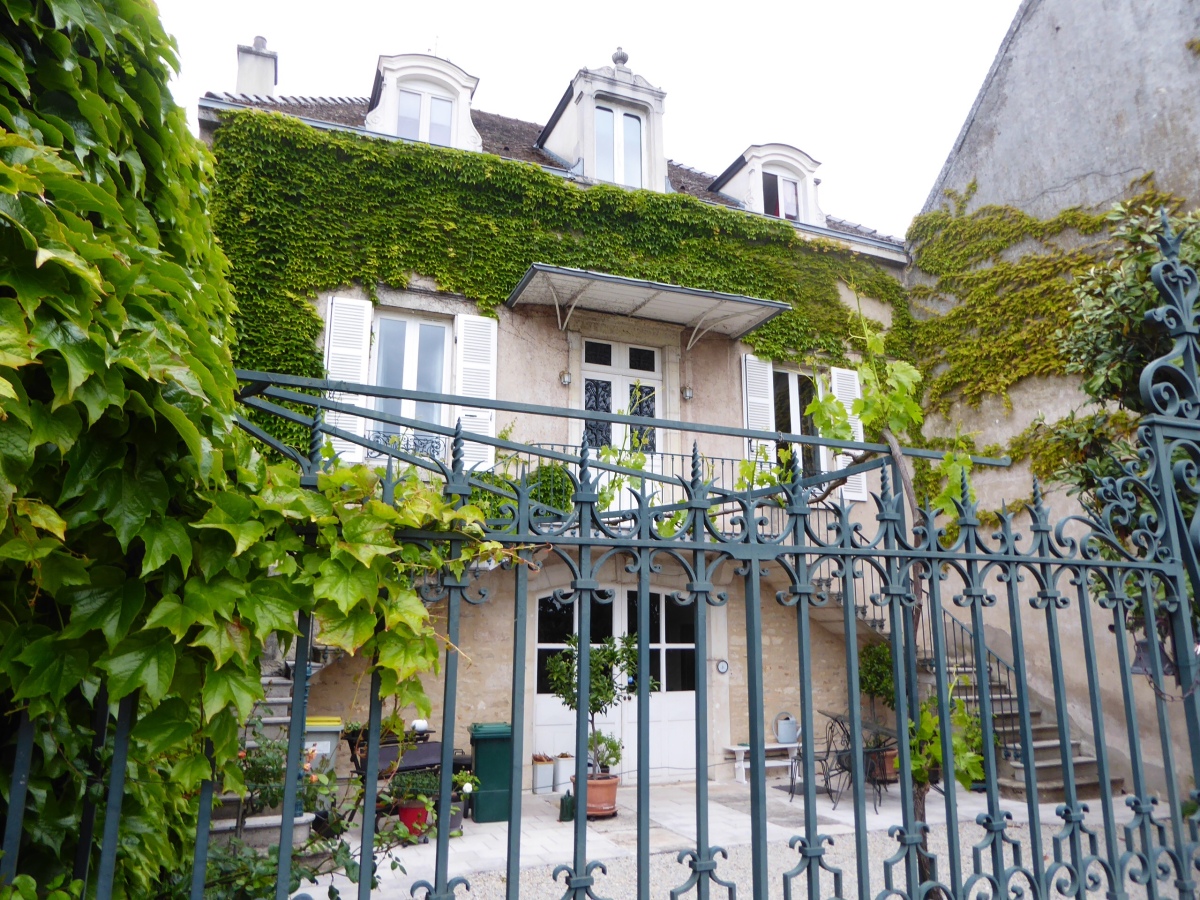 The house has been renovated by the new owners and they have been thoughtful in leaving many of the original features intact. Below is the fireplace room, which was added onto the house at some point. It is the coziest room in the house and where Suzanne and I camp out. 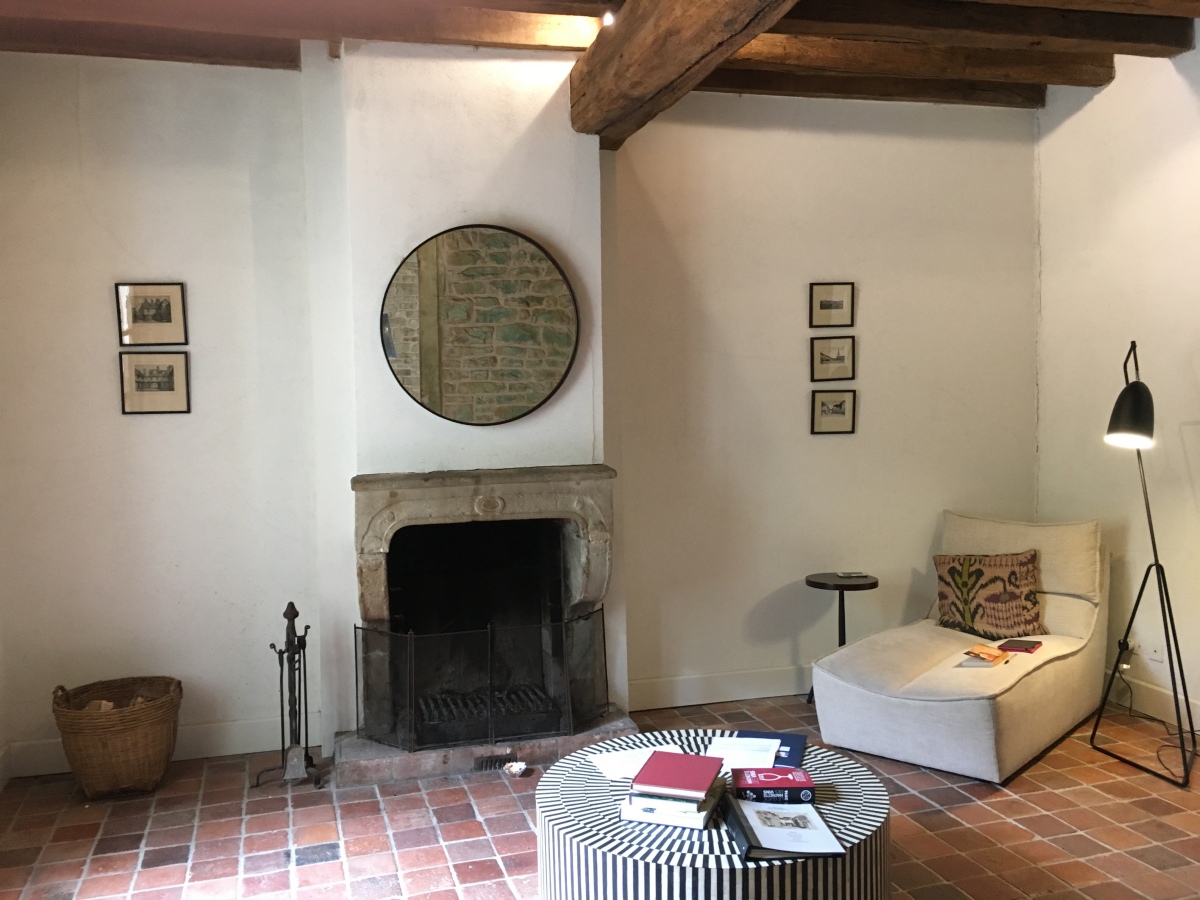 The little town of Meursault is very attractive and is situated on a prehistoric settlement. According to a florist in Lyon, Meursault was one of the wars (resistance?) centers during WWII. Most of the Burgundy region was initially in a free zone of France during WWII*.

The florist was very friendly and held our arms after talking about the war. It seems some people haven’t forgotten Americas support of the resistance, de Gaulle and the liberation of France.

Just a few pictures of the town of 1487 people. The Town Hall is first and the vineyards growing right in town are second. The featured photo is of our neighbors front bay window. This is probably one of the most prosperous villages we’ve seen. Meursault is one of the famous wine making regions of Burgundy. It’s known for it’s white wines, green-gold, clear and bright buttery Chardonnay and a few hectares producing Pinot Noirs*. 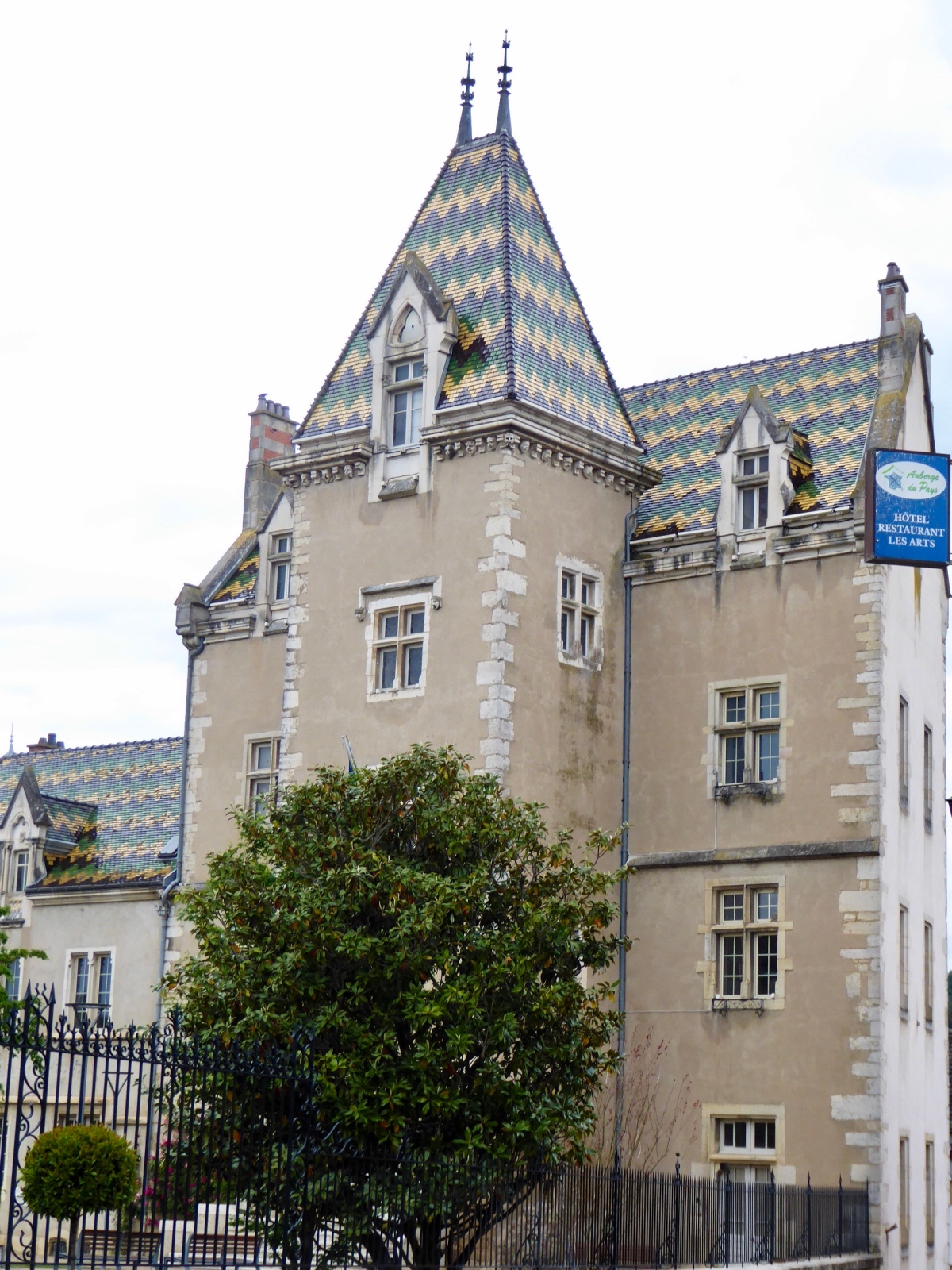 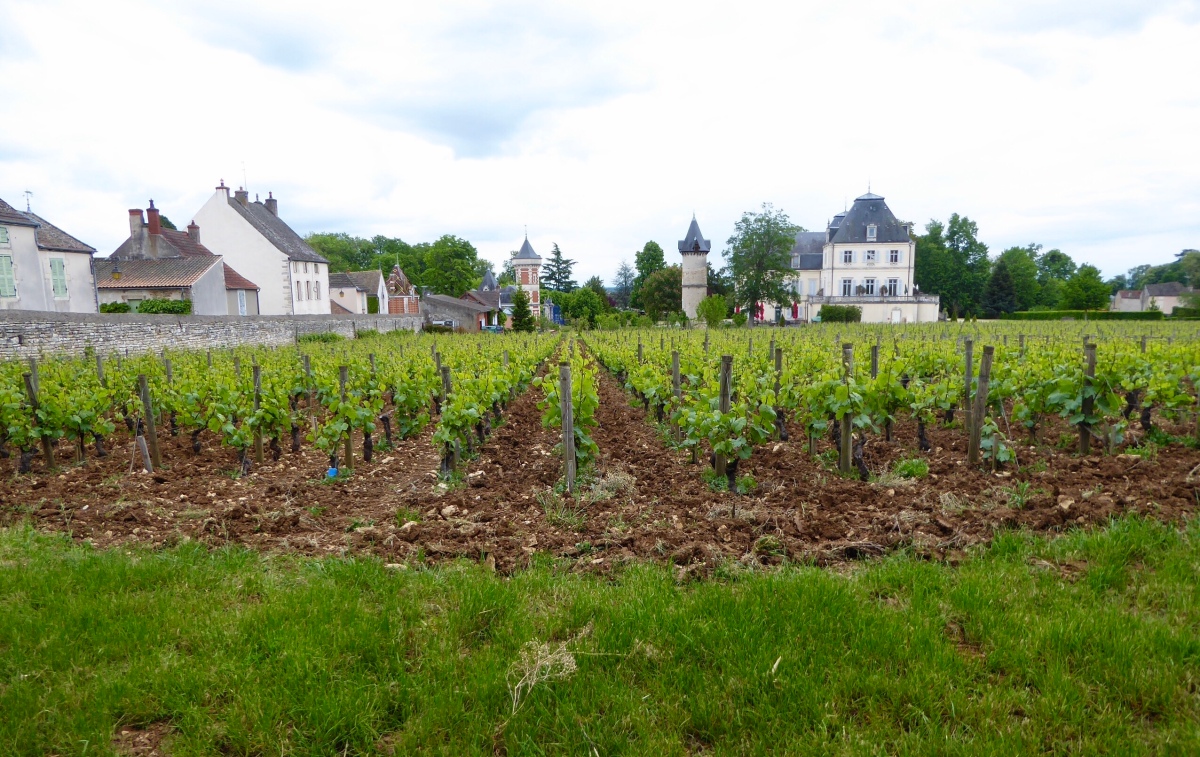 We ordered a small dinner tonight, I had Tuna Tartar and a Caesar Salad and Suzanne had Onion soup and a Caesar Salad. The first course was fabulous, but our Caesar salad’s came loaded with cubed Chicken. The menu hadn’t said anything about chicken and when we asked the server (owner?) she said that all Caesar Salad came with chicken, it was what a Caesar salad was. The salad really consisted of mostly chicken and the server’s dog that hangs out at the restaurant ate very well tonight, as we picked all the chicken out. Always surprises, but it left us with room for a chocolate dessert. 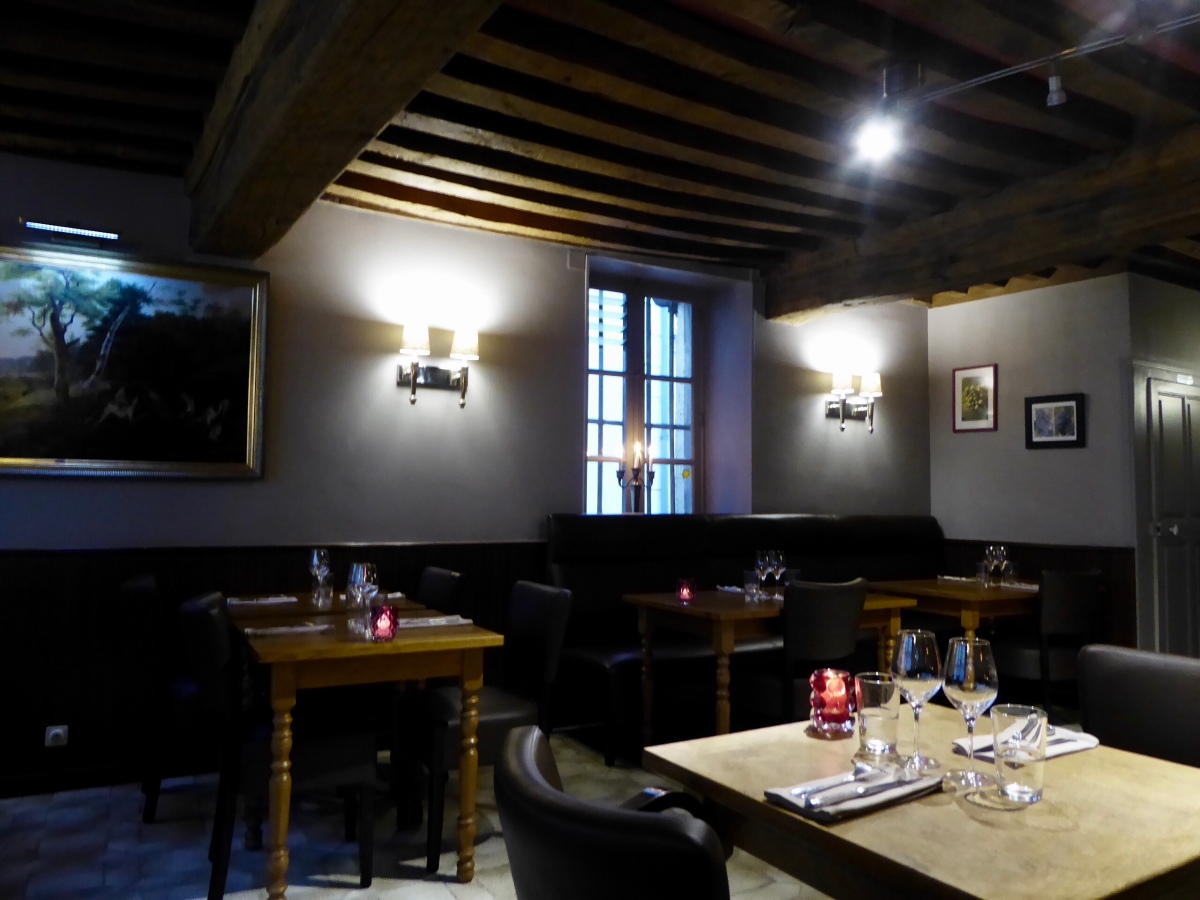 Au revoir, tomorrow we are off to Beaune (Boone)

*Wikipedia on France and WWII