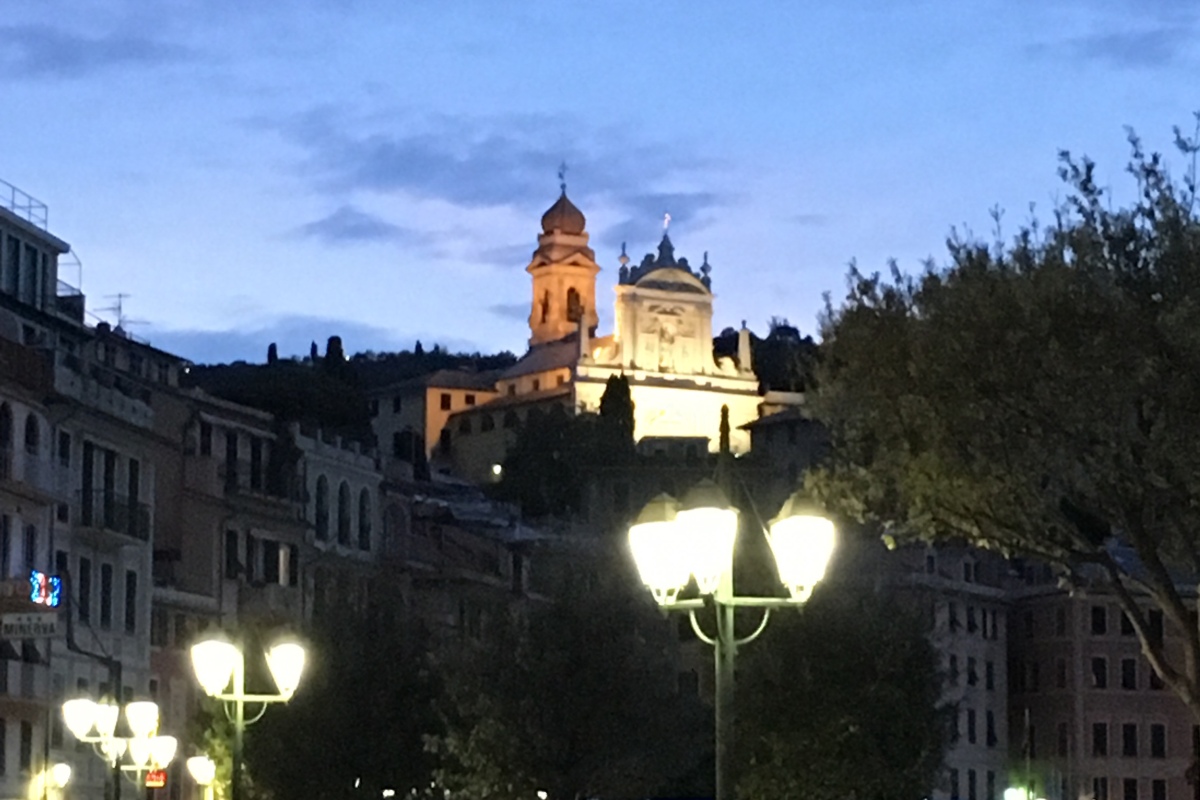 The last night in Santa Margherita we picked up our clean laundry, Hallelujah!!! Then stopped at a bar for a glass of wine and Campari soda before our favorite restaurant opened. The wine was 8 euros and the soda was 7. They gave us a little glass of carrot sticks, a larger container of bread sticks and a little cup of mustard. Then they appeared with a large plate of marinated olives, salami, ham, cheese and bread. We thought for sure there would be an additional charge, but no. I guess it’s to get you to sit there and drink more. Unfortunately for them we were only interested in one drink and a lot of good food went to waste. 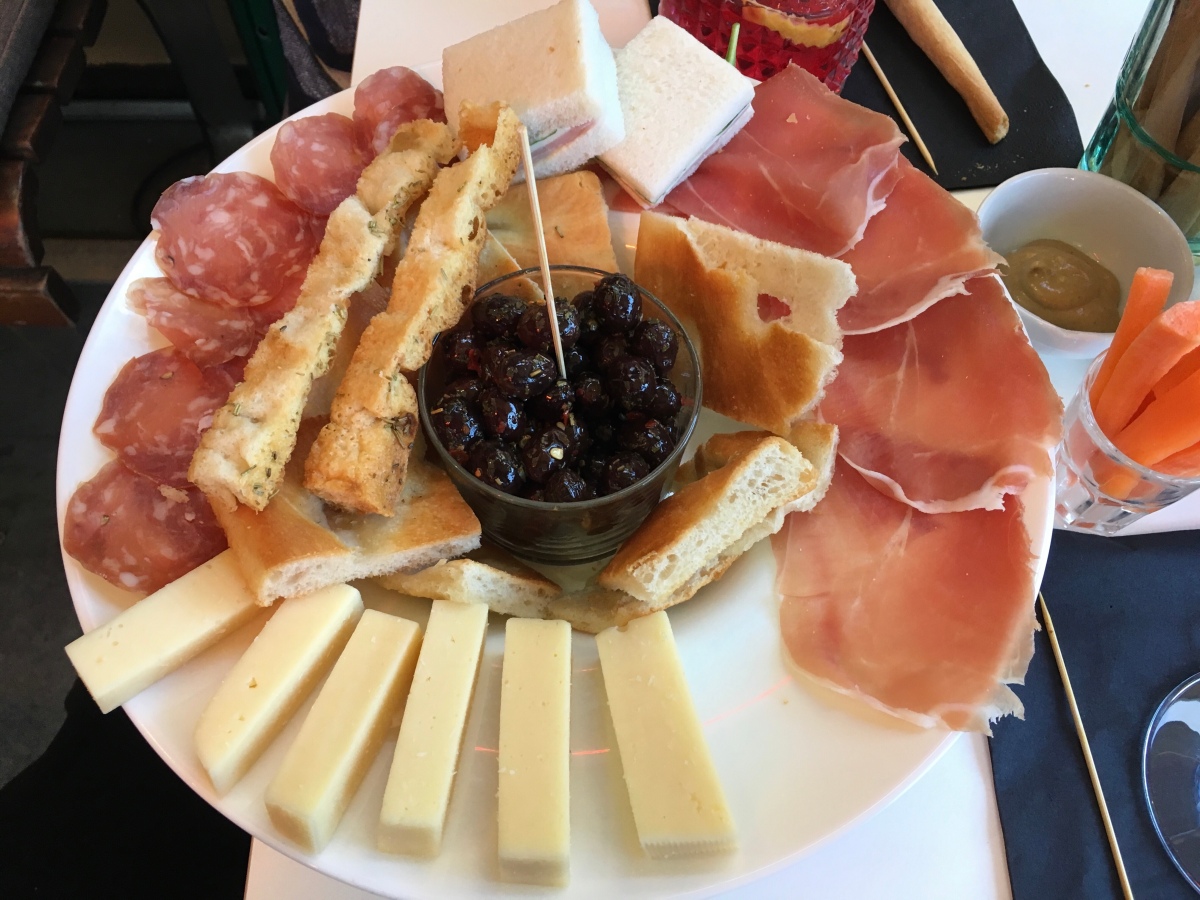 My Fitbit informed me that Suzanne and I have walked over 57 miles in 15 days, with a lot of stairs. Certainly not what I use to do, but respectable.

The waterfront across the street was busy again this morning. They have a man made beach that apparently has to have fresh sand brought in everytime the ocean washes it away. Dump trucks of sand were there yesterday and it was being spread out today. 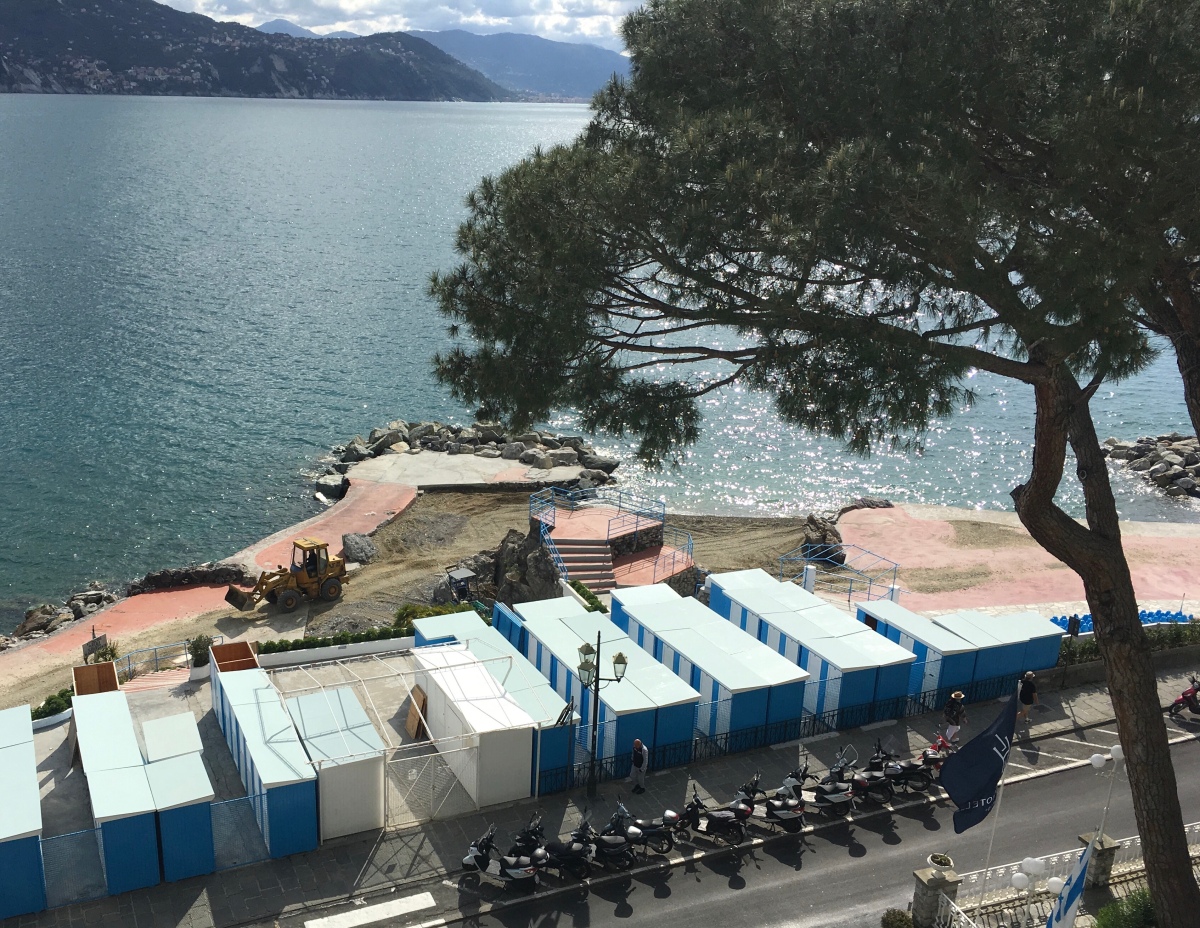 We are hustling today, getting to breakfast and finishing last bits of packing to catch the 11:15 am train to Nice. Goodbye to our beautiful ocean view and little village vibe and on to the big city. 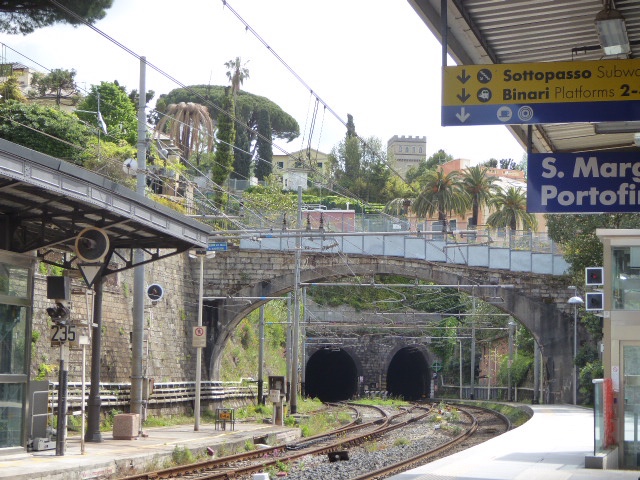 The train ride to Nice with a layover in Genoa is almost 5 hours. We lucked out as the train wasn’t full and we had empty seats next to us for most of the trip. The tracks followed the ocean shore for most of the ride, with lots and lots of tunnels through the mountains. I was disappointed that Monaco was completely out of view from the train, as the station and track were in a tunnel.

We got settled in our hotel, Villa Victoria almost exactly between the train station and the ocean. There is a lovely promenade along the water where we sat, people watched and enjoyed the water view. 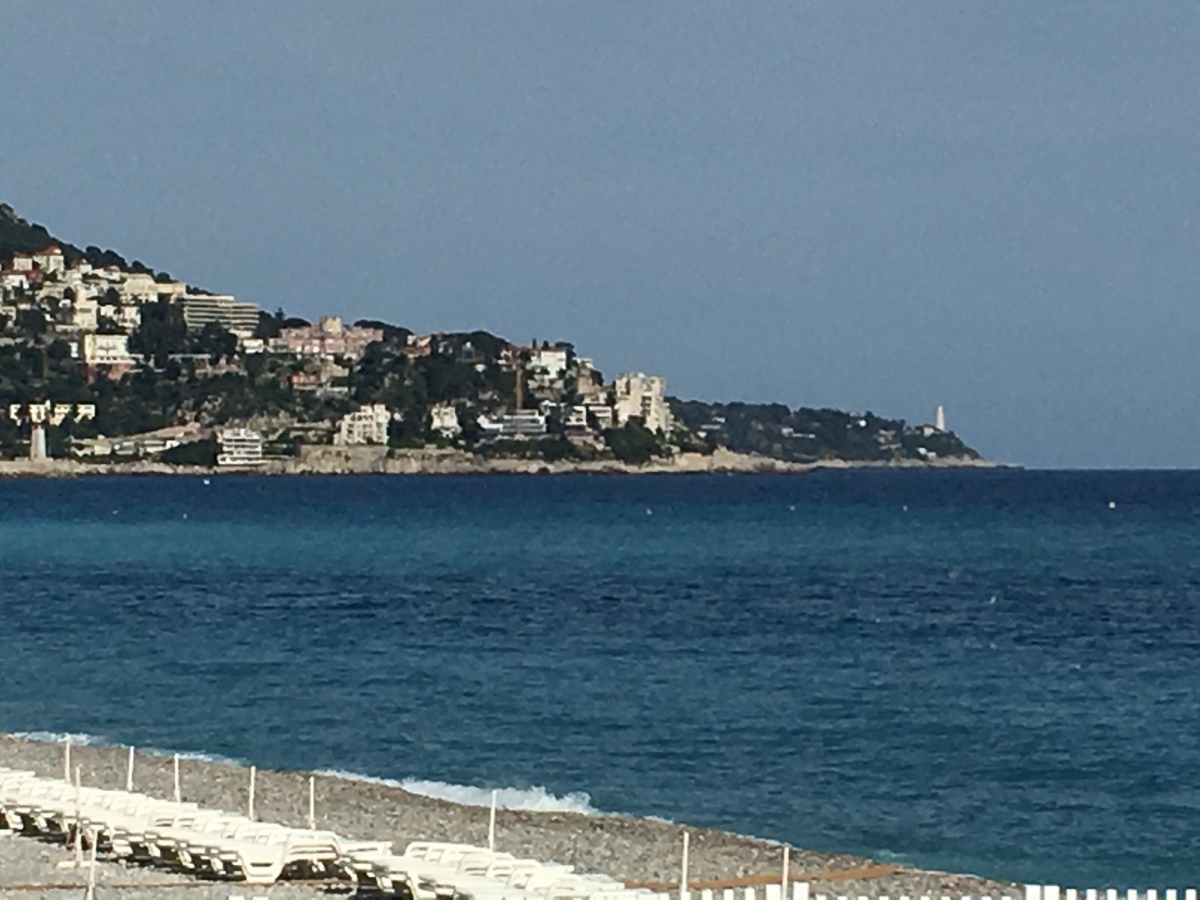 It was 60 degrees in Nice today, but it didn’t seem to stop the sunbathers. 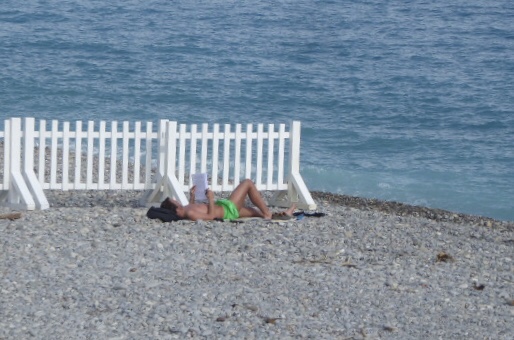 Walking some of the streets before dinner it was surprising to see a lot of familiar names, unusual designer clothes and a mix of old and new. 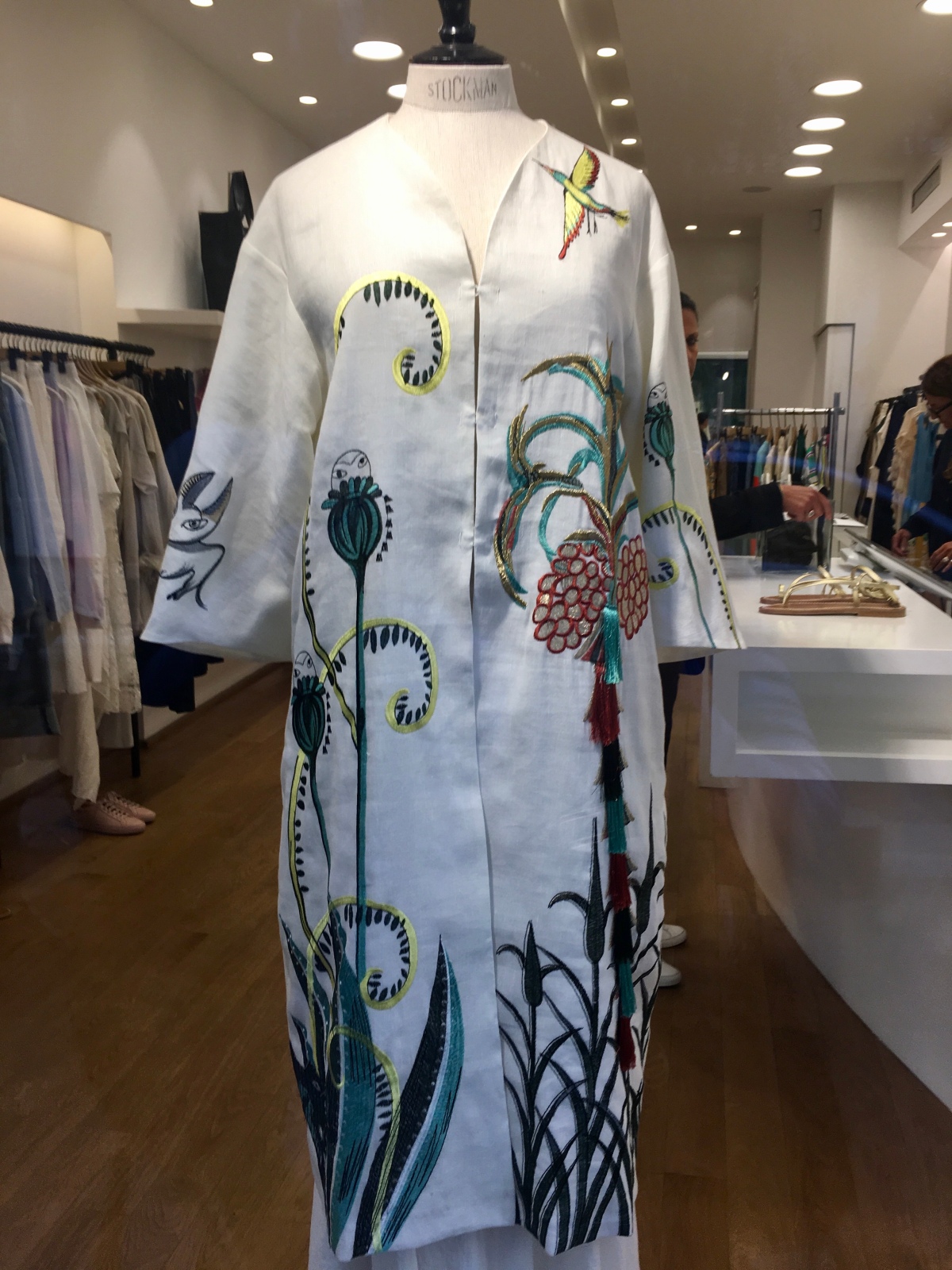 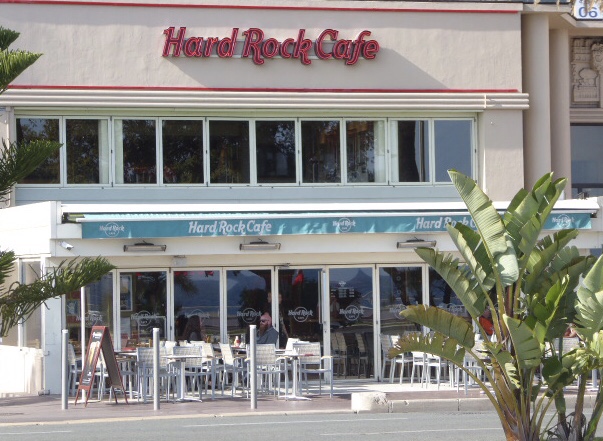 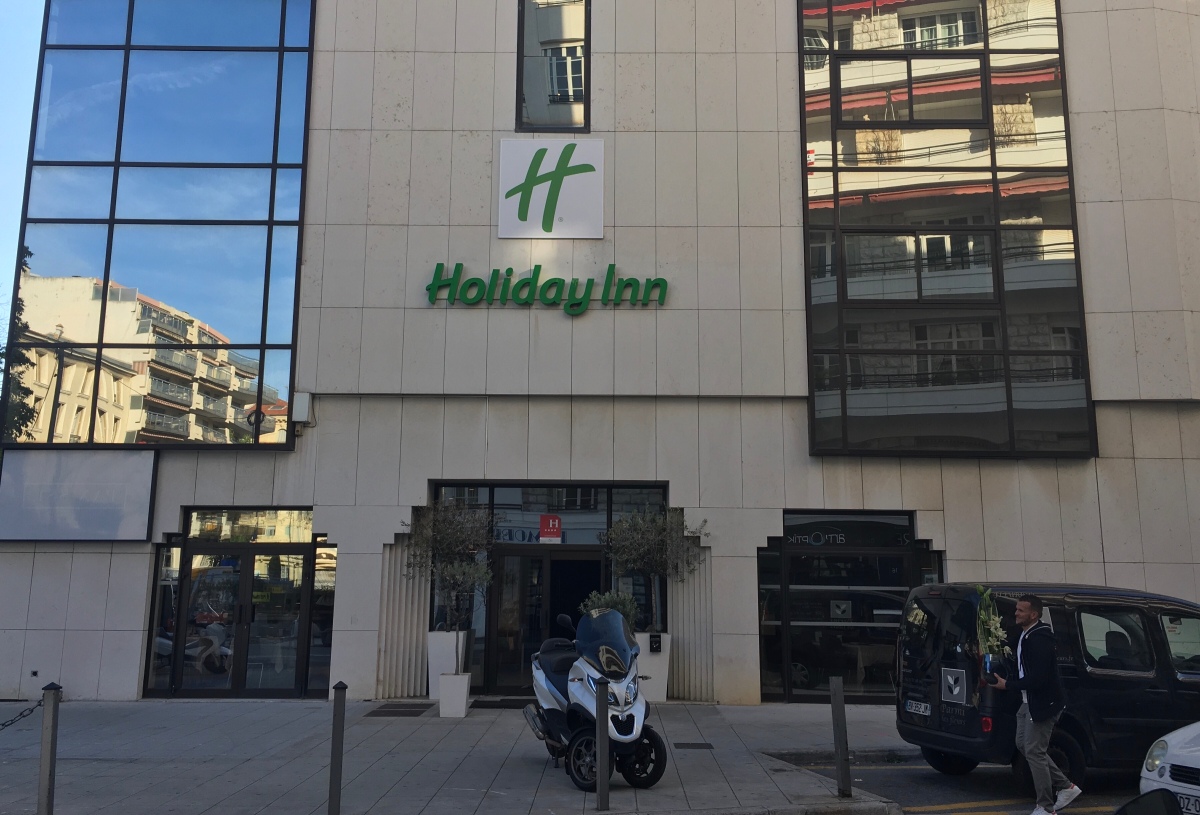 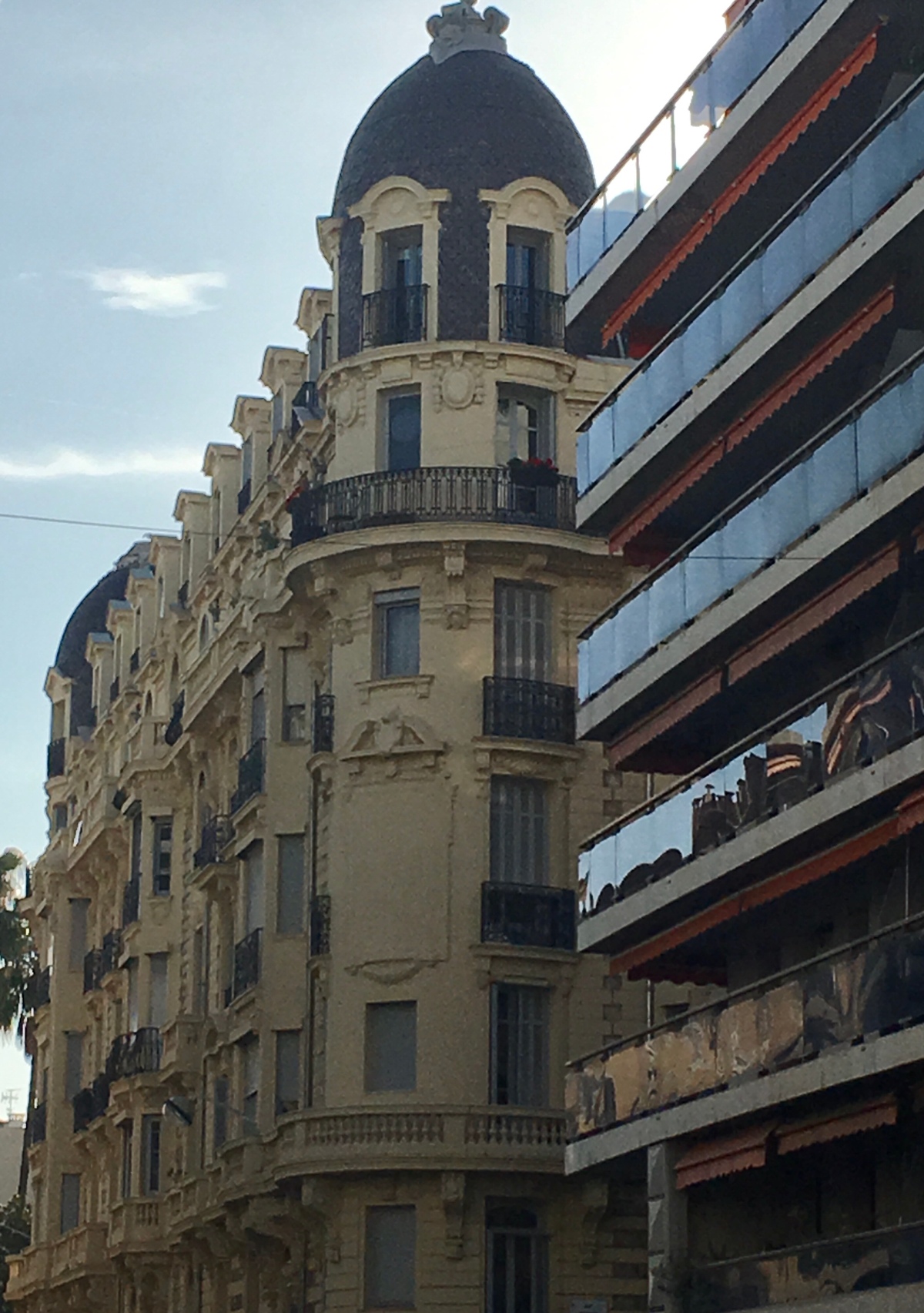 We got a giggle out of the Department for Seniors. 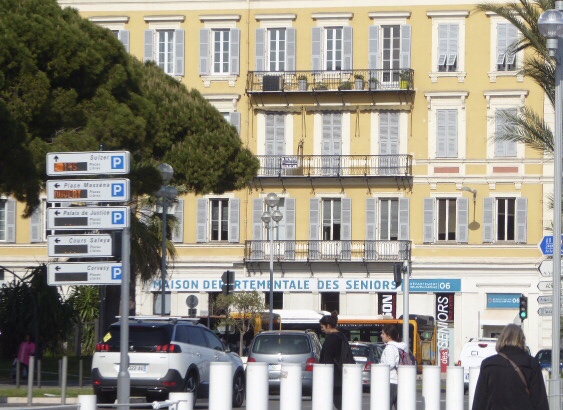 Off to bed after a long day of travel. Have to say I hated leaving Italy, but am adjusting especially after a great dinner of bass and truffles.

One thought on “On to Nice”