Hotel Due Torri has a great breakfast buffet. Suzanne and I were so excited at the prospect of a hot breakfast that we might have overdone it a tad. Good thing we are walking today. We had our umbrellas, because as you can see below the sky was threatening. The Ponte Pietra bridge is a Roman arch bridge that crosses the Adige River that winds through Verona. The bridge was completed in 100 BC. It is the oldest bridge in Verona connecting the city to the Roman Amphitheater. Four arches of the bridge were blown up by the German’s in WWII, but were rebuilt with original materials in 1957*. Suzanne couldn’t resist taking a photo of me taking a photo at the entrance to the bridge.

We were headed up to Castel San Pietro for the best views of the city. As you can see from the featured photo the views were gorgeous with the clearing sky and sun. Unfortunately the Castle is closed but the area around it is open for tourists. We took the funicular up and walked down the highway back to town. 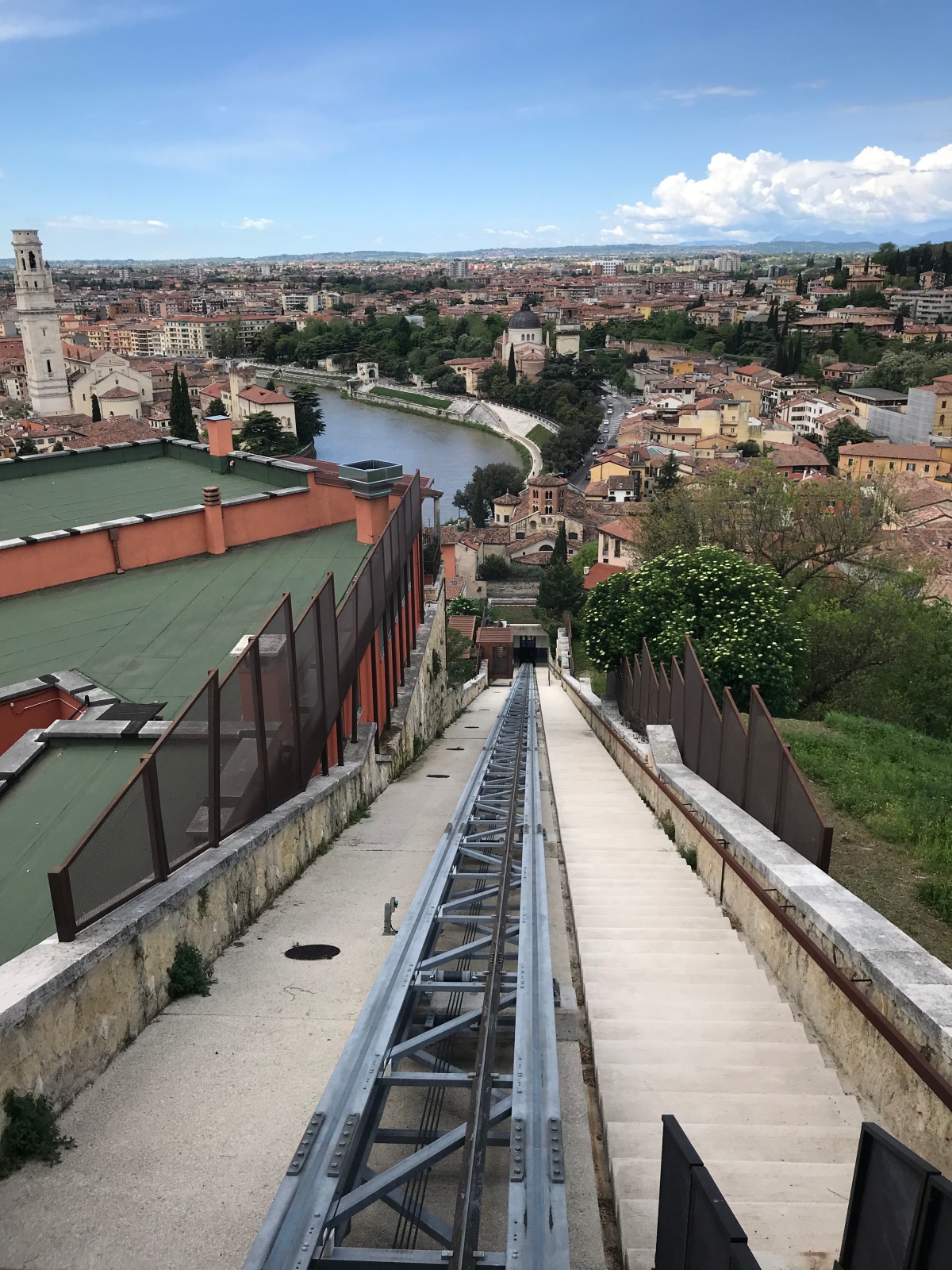 Back down in town we decided to take a look at the Duomo of Verona. They were having a service in the Cathedral, known as Santa Maria Matricolare. The Cathedral is of Romanesque architecture and opened on 1187 AD. Quiet as little church mice, we plastered ourselves on the back wall and listened to some of the mass. 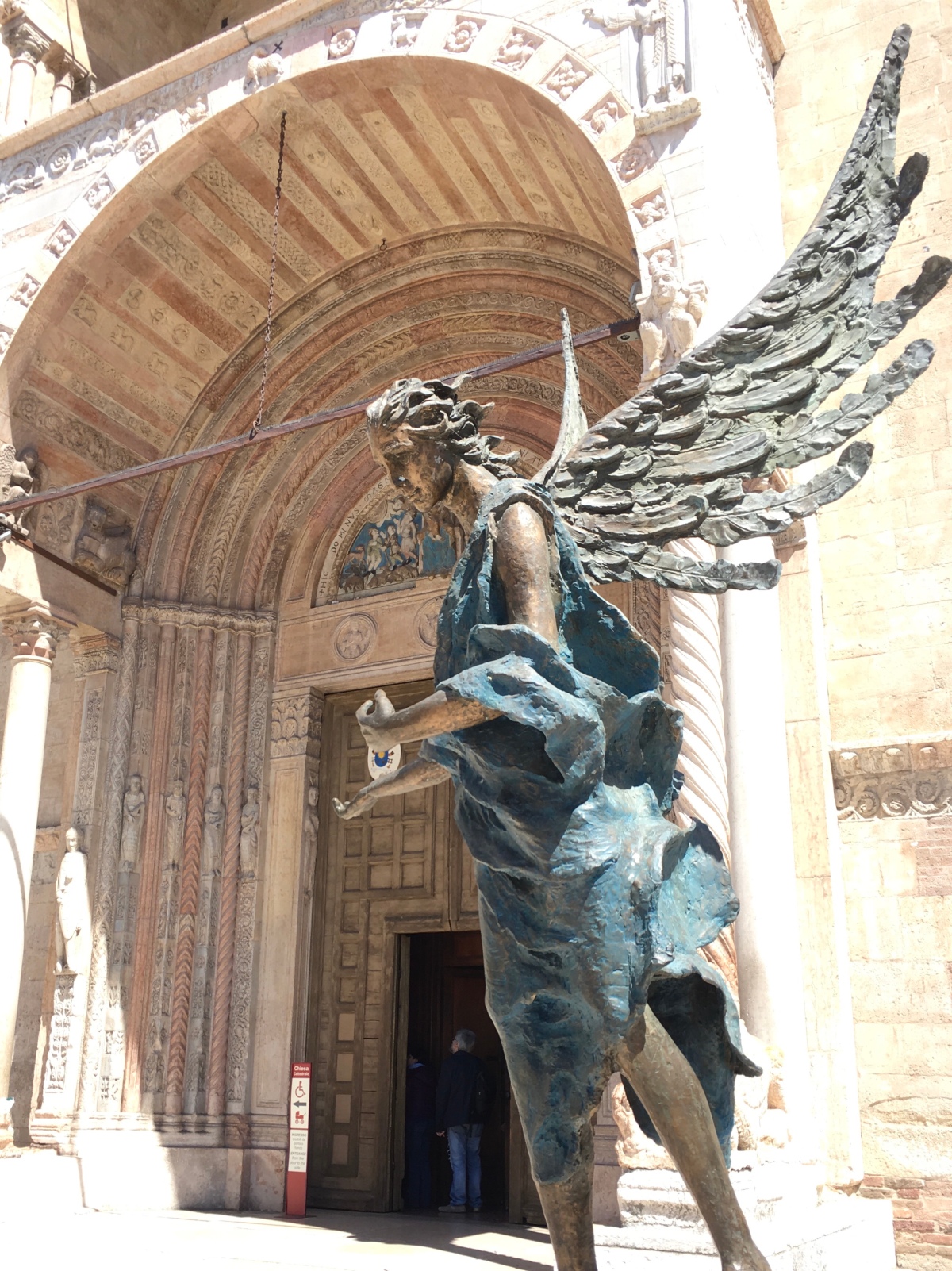 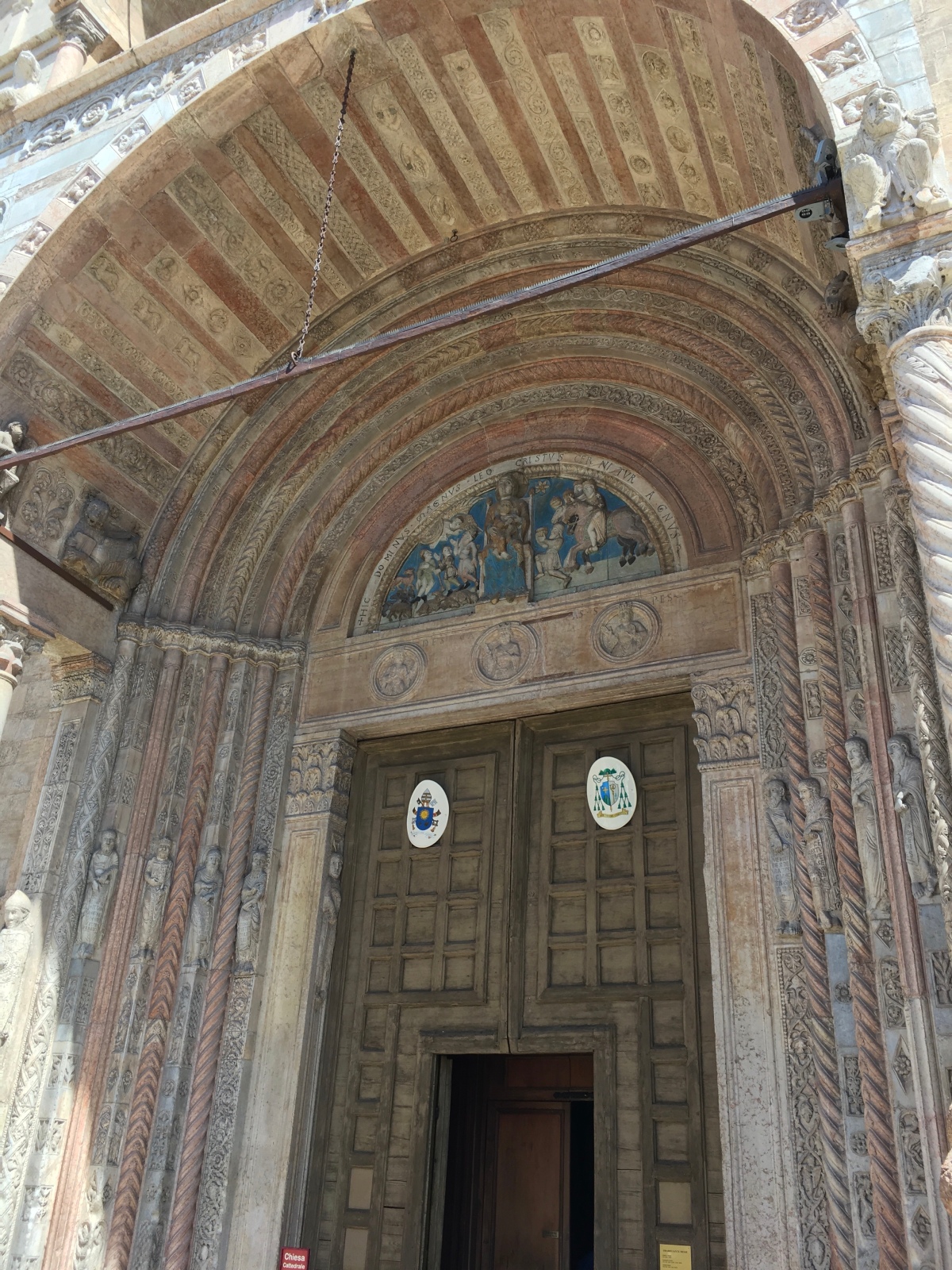 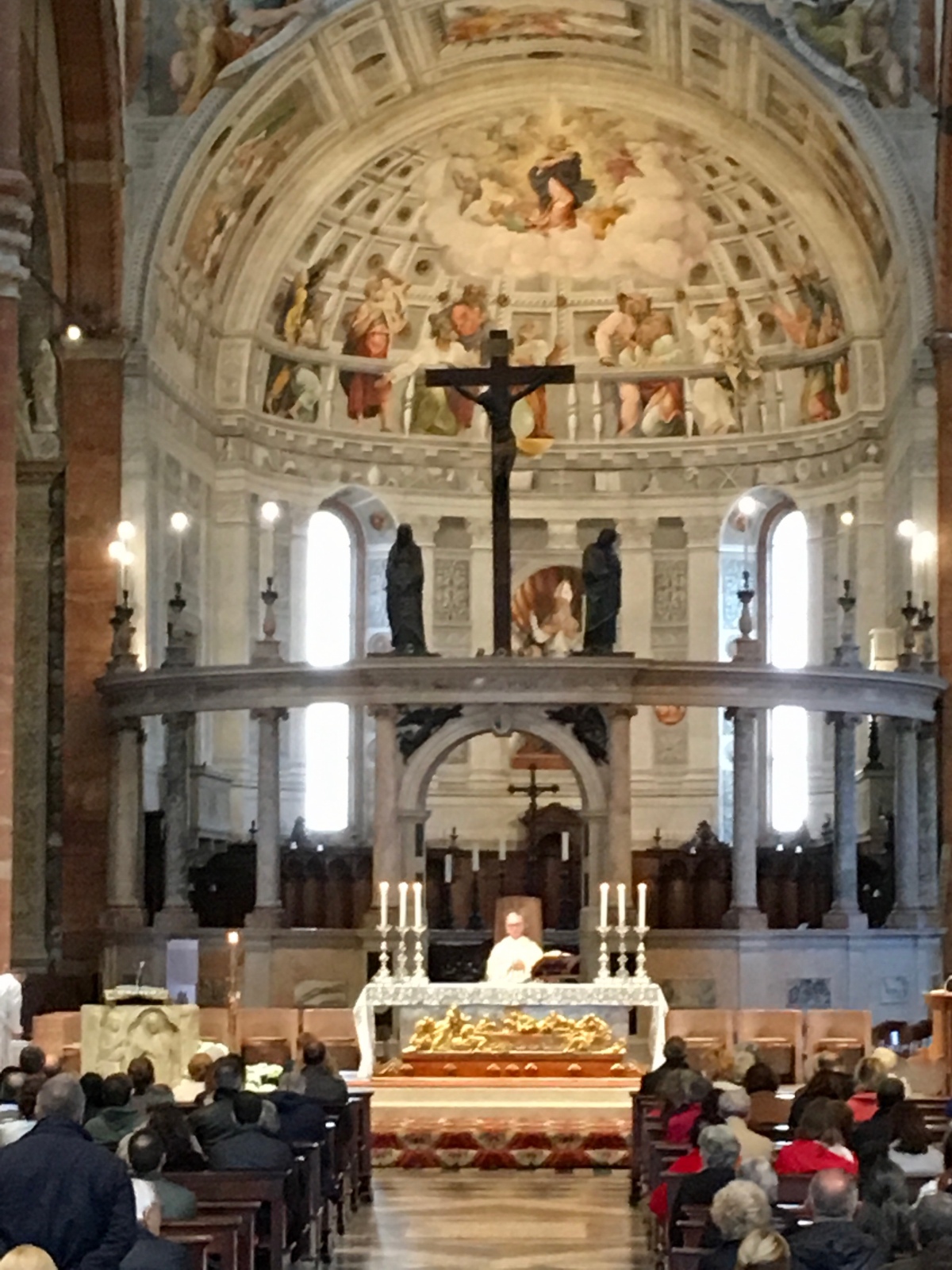 We snuck out, but had to fight our way through masses of tourists trying to get inside. It was really uncomfortable watching people just wandering around looking at the church during mass.

Everywhere you look in Verona there are houses with painted pictorials, this art started gaining favor in 1300’s and continued through the 1600’s. There is also an abundance of sculptural wall art, especially over doorways. 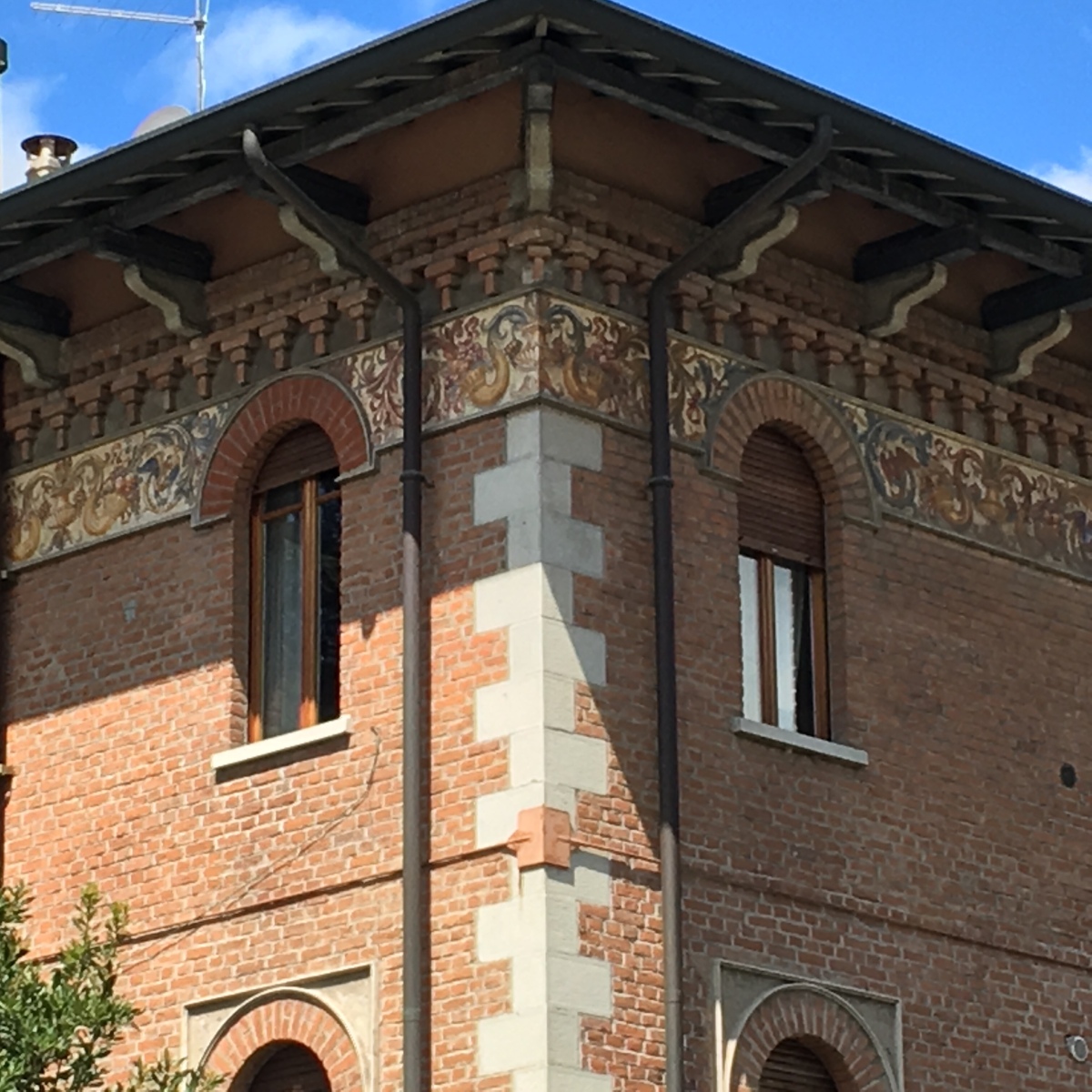 Heading back towards our hotel we decided to stop at this little restaurant Redondo Iglesias which specializes in ham, tapas and other light fare. Suzanne had a Tuna Salad, with fresh tuna and I had Gazpacho soup and Anchovies. Our food was delicious. One of the things that struck Suzanne was the table of very young Italian women that were seated next to us, saying grace before they ate.