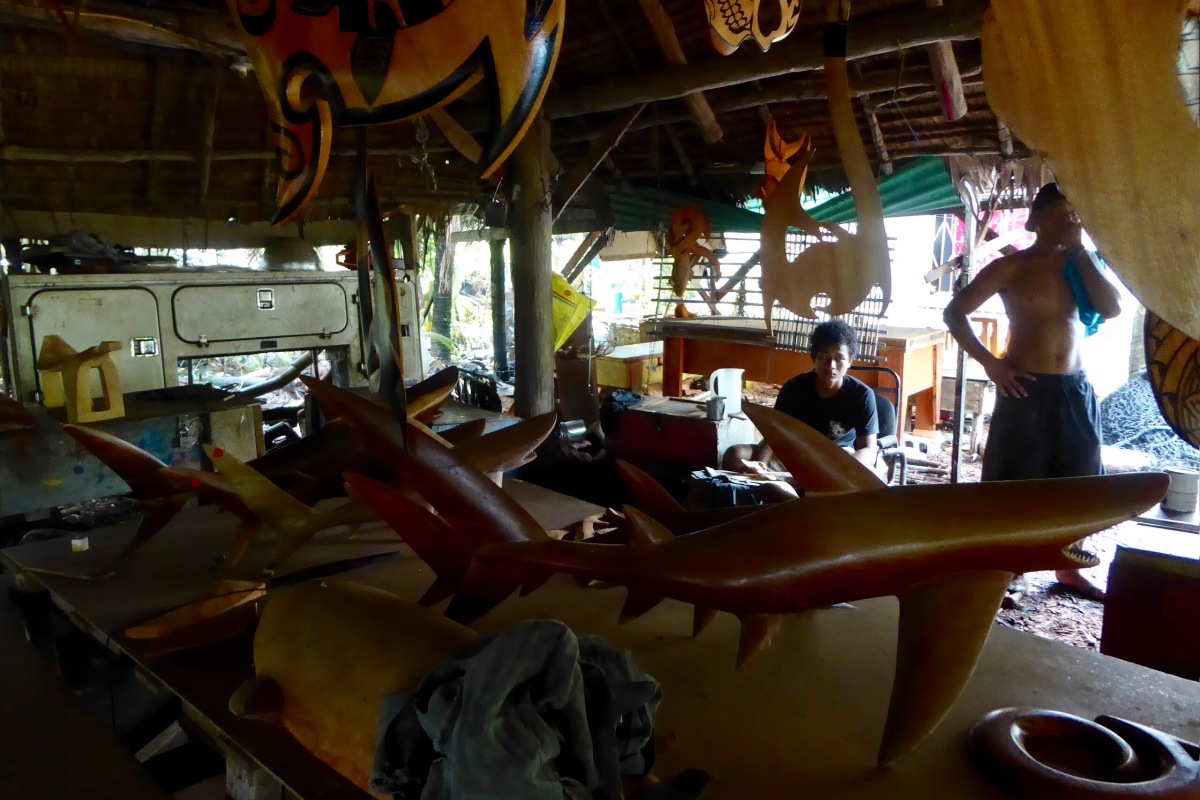 This was a relaxing day with forays out to restaurants and craft stores/manufacturers.  Having been lost numerous times in our rental car, we decided to take a taxi out to the Kapinga Village. The residents of the village are from the atoll, Kapingamarangi, southwest of Pohnpei approximately 500 miles. That this time there are more Kapinga living on Pohnpei (500) than on the atoll (300). The crafts of the Kapinga are woodcarving and weaving with natural palm and Pandanus fibers. The 2 photos below are from phase.com. 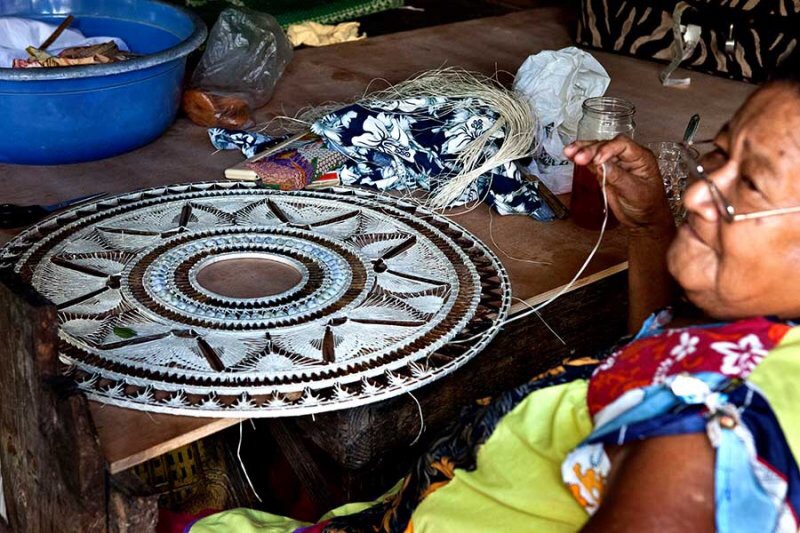 Our taxi driver had difficulty understanding where we wanted to go, even though the hotel told the dispatcher. There was a long period of randomly driving around, talking on the loud, chaotic CB radio, until he was able to have his dispatcher call the our hotel to find out our desired destination. Ahhhhh….island time is taking some adjustment.  Things do not happen quickly or necessarily as we expect.  It’s a big mistake to assume that the people understand what you think is perfectly clear.  An example is dinner tonight, we went to the famous Arnold’s restaurant and thought we’d get 4 of their well regarded oatmeal/coconut cookies to go.  We were puzzled as we ended up with a rather large plastic bag, when we opened it there were 4 containers of 4 cookies.  Nancy took a box to our favorite waitress, Senovia, at the hotel bar/restaurant where we’ve had excellent meals and drinks. I have to say, that Mark who manages the hotel and just about everything else for the owner, is an expert at getting things done. It’s just when we leave his domain that we find ourselves floundering a bit.

Pete and I took a little stroll around the hotel complex this morning between tropical rain showers.  The 8 room Mangrove Bay Hotel has a fueling dock, marina, surf club and bar/restaurant. 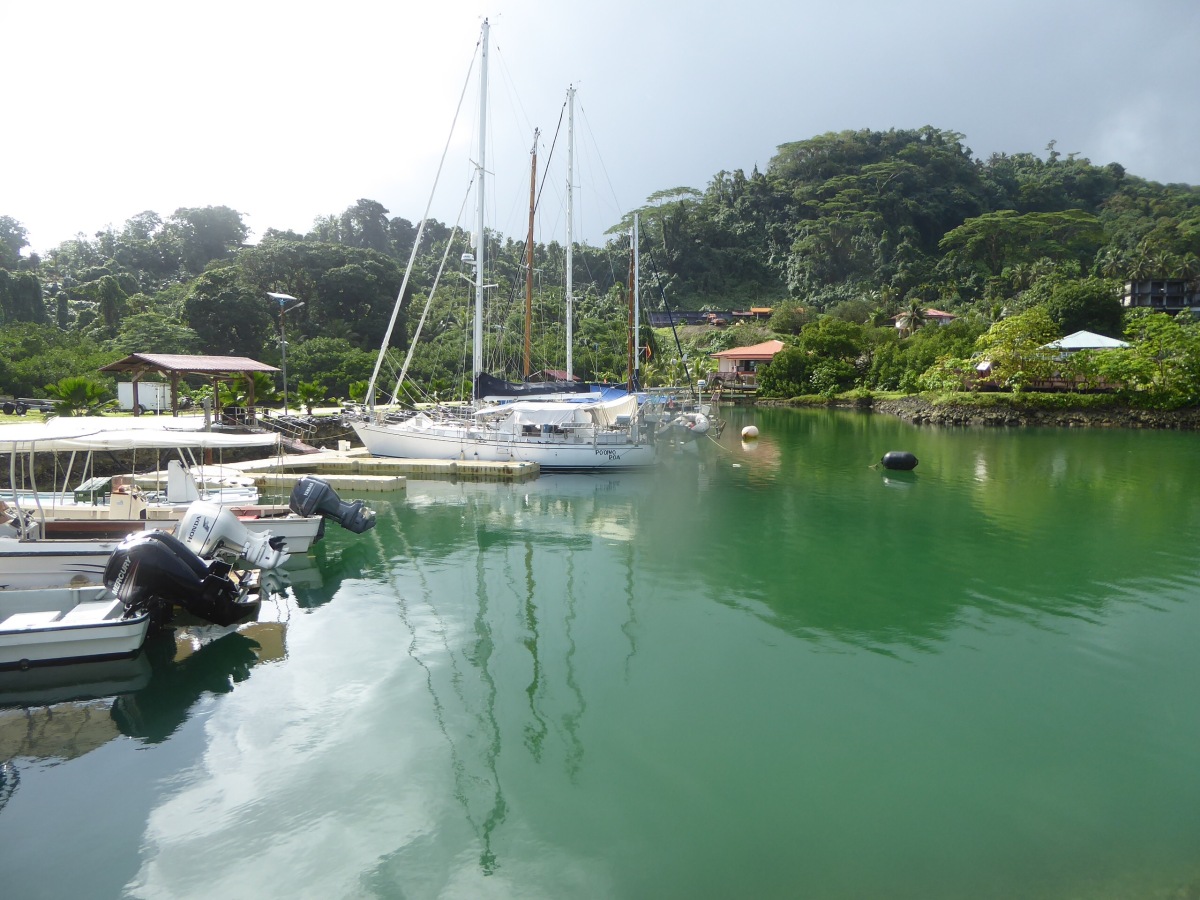