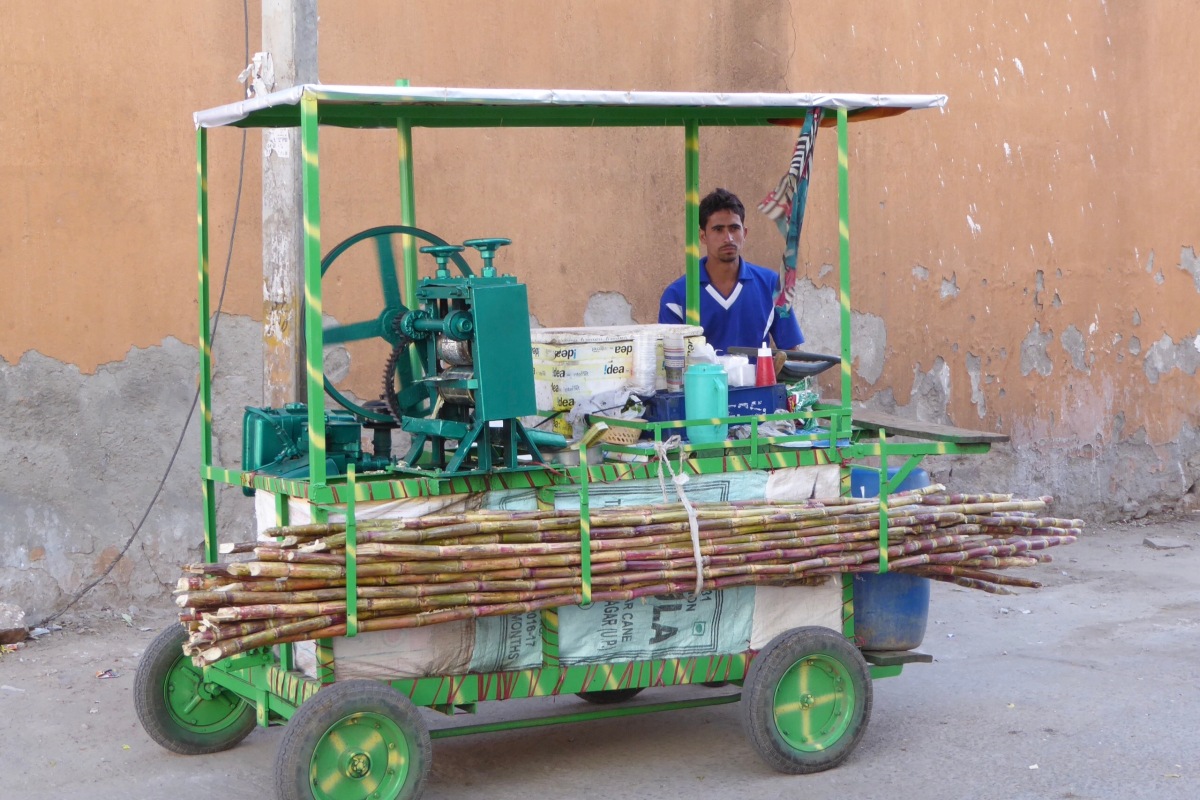 We left our gracious hosts this morning to deal with their big day. They are expecting an influx of 21 guests. With just nine suites, they were setting up opulent safari tents, with carpets, furniture and baths.

As this is a car day with the four hour drive to Jaipur, it’s a good time to focus on overall photographic impressions rather than the just the travelogue. 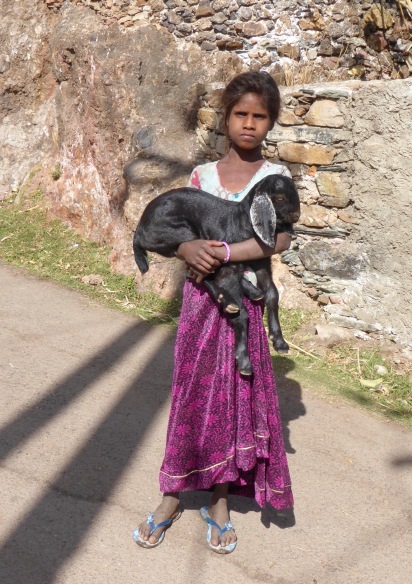 Suzanne bonding with the local kids in Shahpura. They were very excited about having their picture taken with one of us.  As you may have noticed, Suzanne usually gets the honor because I’m holding the camera.  I’m smiling as I take the pictures of her……if I’m taking close up and personal photos of people, permission is always requested.

A bit about money in India. The exchange is 67 rupees to 1 dollar. Our money goes a long way in India and although we aren’t doing the budget tour, we aren’t breaking the bank either.

Thank goodness we didn’t see this sign before exploring the Ranakpur, Jain temple with it’s gazillion steps.  Not sure what the benefit of the ‘aged’ route was, as it just took you on a long detour through a park.

We were all ahhing and oohing today when we spotted a huge herd of sheep flowing down the road.  There were sheep, with a few goats, for almost as fas as we could see.  Don’t think it made Parami’s day….

On our way to Jaipur, we are taking the back roads through small villages. I’m amazed at the motorcycles with families of four or five perched on top, zipping along the highway. The Indians seem to be masters at getting the biggest load possible on any vehicle. Women for the most part ride sidesaddle on motorcycles, sometimes with small children held in their laps.  We’ve noticed that some machines have special foot rests for the ladies, so they don’t fall off. 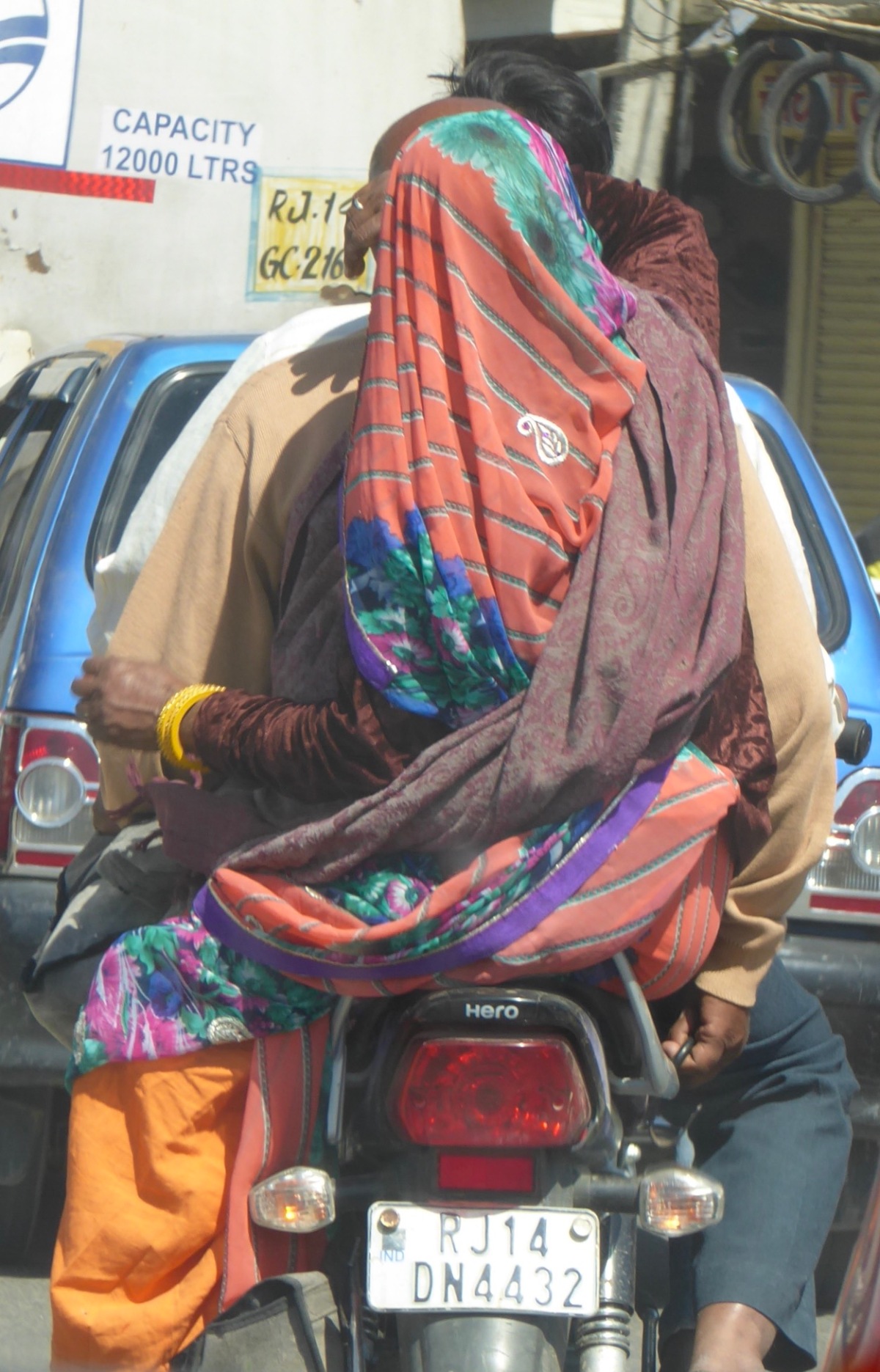 While Jodhpur is the blue city and Udaipur the city of lakes, Jaipur is the pink city.  With all our travels it’s hard to believe we are still in the very large state of Rajasthan.  Jaipur is the capital of Rajasthan and home to about 3.5 million people. Tomorrow we will be exploring, taking in five different sites in the city, one of which includes an elephant ride to reach the fort.

On our way through the massively congested city, Parami asked if we would like a restaurant instead of eating at the hotel. We agreed that would definitely be more interesting, so off we went to have a very delicious veggie lunch, while being entertained by this gentleman with bells on his ankles, a Chikara folk instrument and a shaking bootie (mostly at Suzanne, although she says it was mostly at me).

We saw the gentleman in the featured photo pressing sugar cane on his cart and selling flavored cane juice to the local kids.

We are checked into another gorgeous heritage hotel, Samode Haveli. The common areas are covered with intricate paintings and our room is colonial Indian. The room is very spacious, with our own enclosed terrace. We are drinking coffee and tea in our room, but are about to move on to a glass of wine. The Muslim calls to prayer are echoing through the hotel, they are lovely, but we aren’t looking forward to the one before sunrise.