Ooookay…well, we went from total inactivity to climbing hundreds of stairs in 90 degree heat with our Sikh tour guide, Gulati. It was totally worth it….The Ajanta and Ellora temples were mind boggling with incredible architectural feats and carvings. These sites are called caves, but in reality they are temples carved out of basalt cliffs. The construction was started from the top down, nothing was pieced together or carved off site. Everything was carved in one continuous stone structure.

Ajanta is the oldest site, initiated by Buddhist monks in 2 BC and abandoned sometime after 6 AD. The 30 temples at Ajanta were deserted for about a 1000 years, then found again by a British tiger hunting party in 1819 led by John Smith. 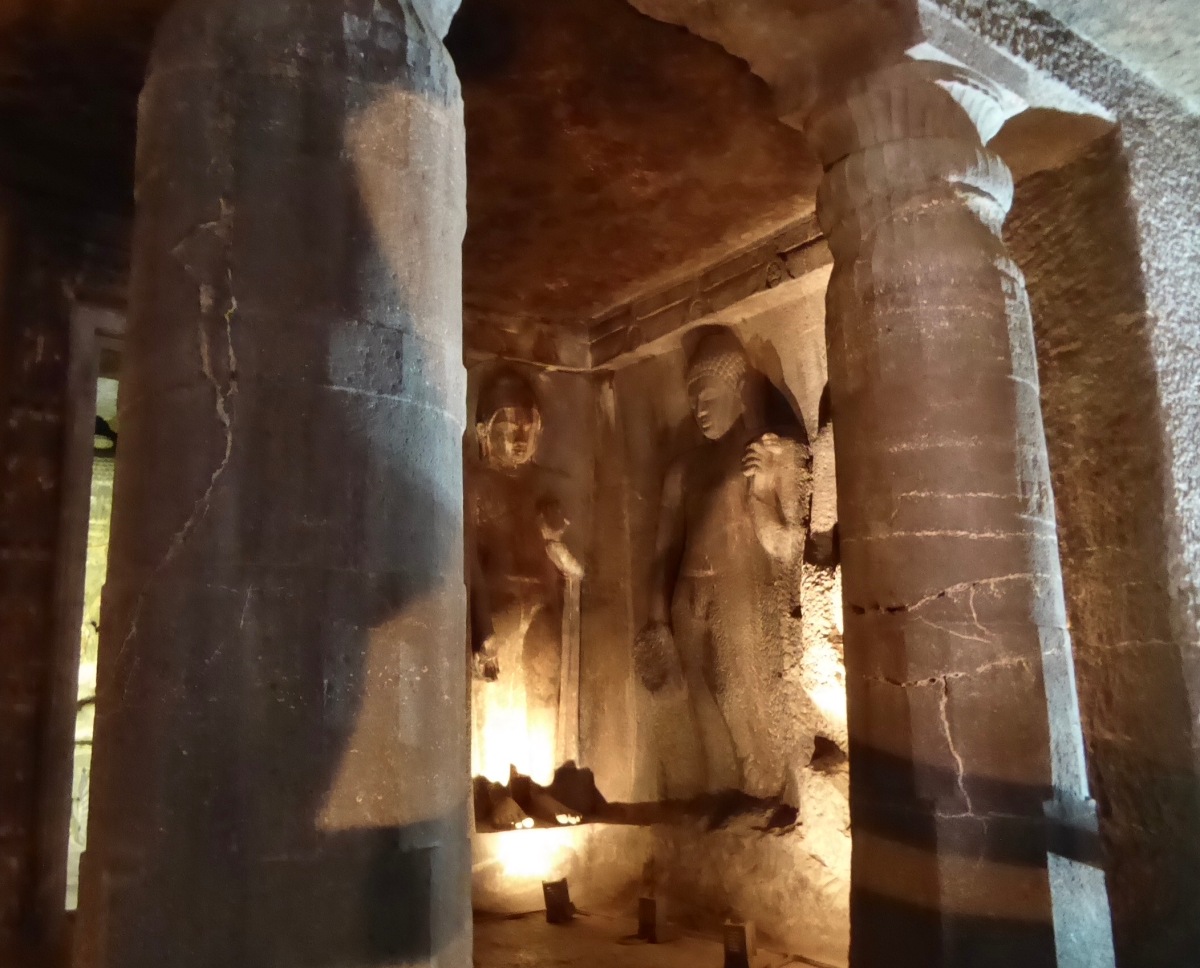 The 32 temples and living quarters (in the featured photo) of Ellora were developed by Buddhist, Hindu and Jain monks. Although there is debate, it is thought the site was build between 600 AD and 1000 AD. With the awesome Kailasa Temple the grandest of all. It is the world’s largest monolithic sculpture. It took approximately 7000 workers 150 years to complete. This Hindu temple is dedicated to Lord Shiva.

It was 2.5 hours to Ajanta, so we got plenty of time to take in the countryside and traffic. The horn is an intrinsic part of driving in India, but rather than an expression of frustration or anger, the horn is used to communicate with other drivers the intent and position of the driver. In fact other vehicles want you to tootle them so them can stay out of the way. Many times we were driving down the center of a two lane highway with trucks to one side and an endless string of motorcycles streaming by on the other. 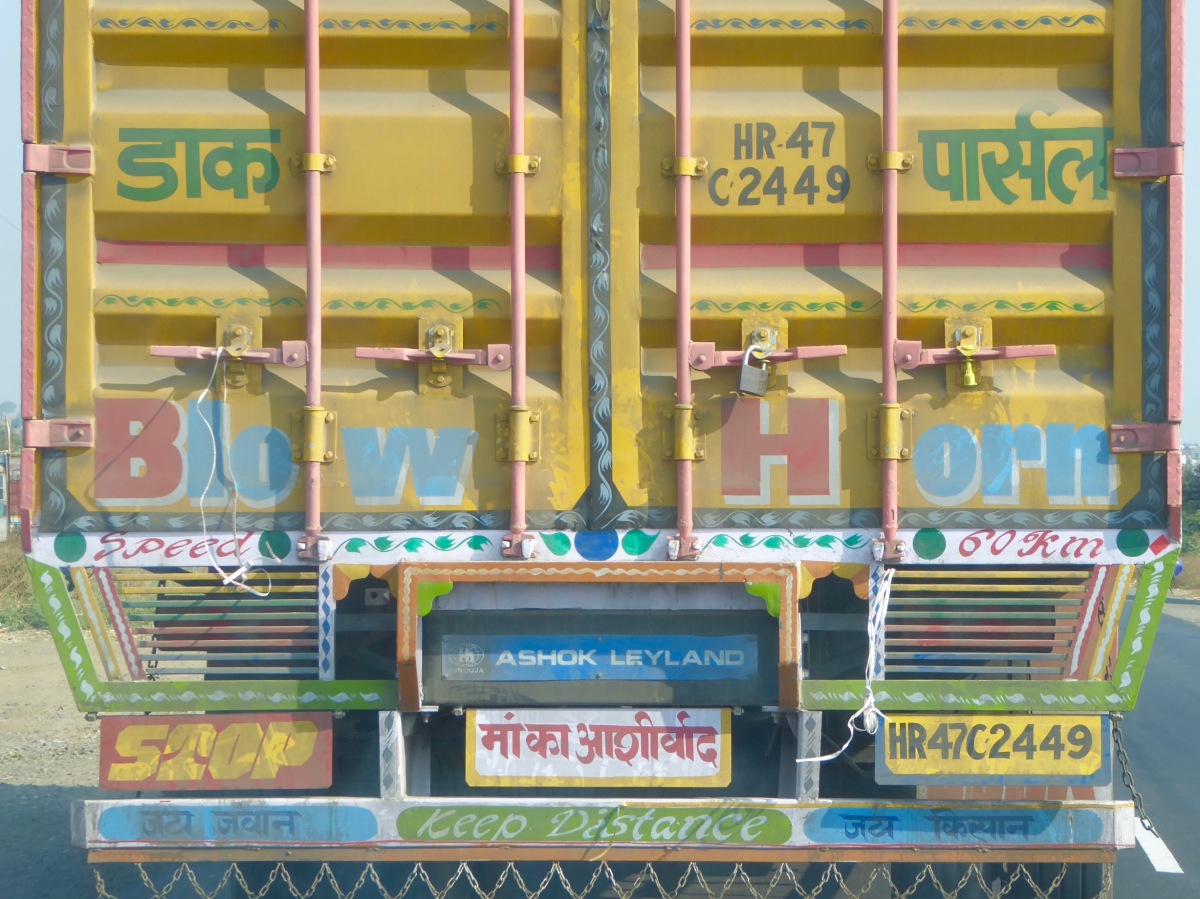 Suzanne and I are practically comatose, but did manage to make it to dinner. 5:15 am pick up tomorrow for our flights to Jodhpur, where we get to explore for 3 whole days.